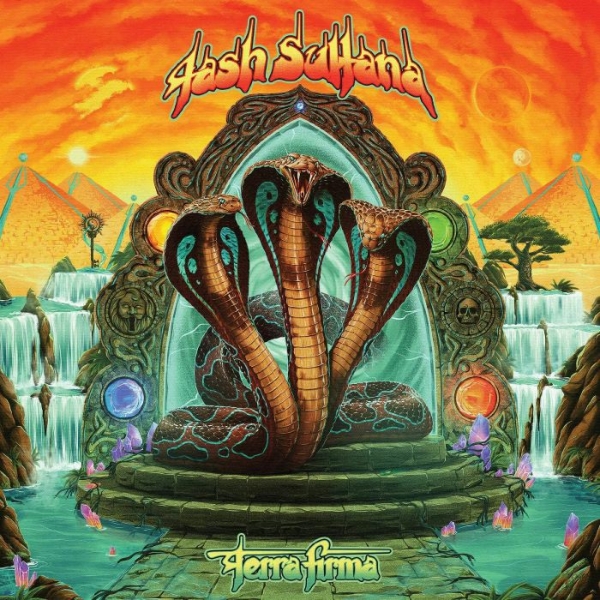 Terra Firma – a phrase derived from Latin which translates to ‘solid earth’, is also an expression that people usually use to mean keeping both feet firmly on the ground.

The name of Tash Sultana’s sophomore album might be inspired simply by their garden and acts as an ode to their newfound fondness of a quieter life, but it is an album that sees Sultana at their most grounded musically.

It is a trademark Tash Sultana record in many ways – essences of funk, soul, R&B and jazz blend together with added intrigue – just like we were given on their award-winning debut Flow State. However, lyrically, the songs feel darker and more personal on this offering. Delving into a period of deep self-reflection, mostly bought on by moving in with their partner into their “dream home” in rural Victoria, the silence and solitude helped create the noise.

There is plenty to be enthralled by. “Crop Circles” explores fearing death covertly through canny piano licks, while “Greed” sings about the corruption of wealth and fame over a soul-funk tune. Some songs are driven by their sonic detail. Lead single “Pretty Lady” harks back to Sultana’s busking days and “Vanilla Honey” talks of how love can centre us during a moment of chaos. For the first time, Sultana, a notorious solo star, opened up to working with like-minded collaborators, with dazzling results. The groovy “Willow Tree” features Tash’s high school friend Jerome Farah, whilst the guitar led “Dream My Life Away” acts as a showcase for talented musician Josh Cashman.

The flow of the album makes it feel effortless, and not as if it was crafted periodically and with every detail mapped out. And as Sultana welcomes us into their very own Garden of Eden and we absorb further into the grooves, their honed craft is revealed.