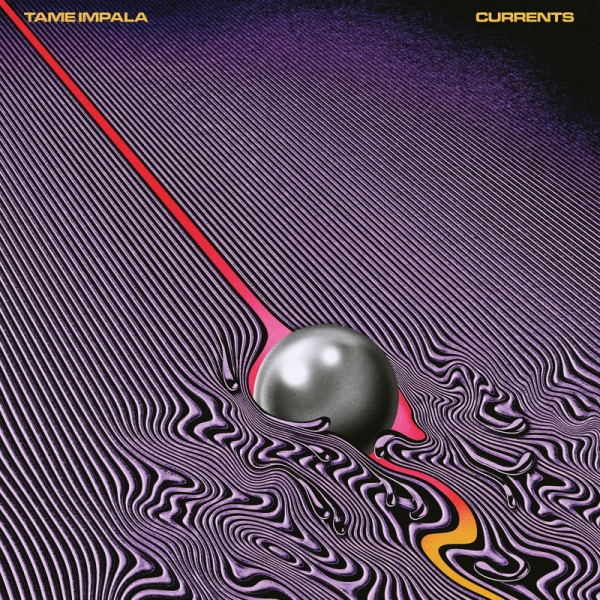 Give the customers what they want. The customer is always right. Such eager-to-please truisms - with ‘listener’ in place of customer - are pretty much standard practise in the music biz, too. Especially if, like Tame Impala, you’ve managed to elevate your brand of synapse-frying, widescreen 21st century psych-rock to a festival-conquering mainstream concern from the cult margins where fuzzed-out guitars, distorted vocals and John Bonham and Keith Moon-digging big beats usually lurk in.

Although the turbulent drumming and limber bass lines sound reassuringly familiar, it only takes a few bars of opener "Let It Happen" to figure out that Kevin Parker - the guitarist, singer, songwriter and producer who crafts Tame Impala's recorded output on his lonesome in his home studio in Fremantle, West Australia - hasn't quite bought into the ethos of not rocking the boat. A pulsating, day-glo orgy of fluttering synths, robotically pulsating rhythms and ever-ascending falsetto sighs, held together by a heavenly melody and a proggily sprawling yet still tightly orchestrated coda that translates jam band aesthetics for a bank of keyboards over the course of almost eight minutes, the transformation from the unabashedly retro fretboard-milking of 2012's near-universally hailed Lonerism to the cosmically vibrating sad-disco spaceship Currents sails on is so total you'd half-expect Parker had been dragged, kicking and screaming, to the same musical re-education camp Unknown Mortal Orchestra's Ruban Nielson must have served in prior to this year's funked-up Multi-Love (a decent comparison to what's on offer here).

In the past, Tame Impala has resided in the neighbourhood of Sweden's cruelly underrated bucolic psych warriors Dungen, whose leader Gustav Ejstes shares Parker's love for musty vinyl, guitar-led stretching out, loose-limbed but loud drumming and cutting-edge hip hop production techniques. This time around, the less glitzy bits of Daft Punk's Random Access Memories might be a more apt point of comparison. Over six minutes of "Let It Happen" have passed before the first sighting of a guitar. Even then, it's relegated to the lowly status of an extra, creeping in the background amongst the starring cast of electronics; "Elephant" this isn't.

Appropriately, the song - and, by and large, Currents as a whole - is about accepting and embracing change; there are various references to new me's emerging, letting go of the tried and tested, and doldrums of the recent past being buried at the bottom of a bin. The fact that it's possible to decipher what Parker's on about (granted, direct song titles such as "Yes, I'm Changing", a disarmingly pretty slice of downer yacht-disco that hovers tantalisingly between the cheeseboard and the dance floor, help a bit) without overdue straining of concentration skills is in itself a sign of how much has changed. Although still as luxuriously layered as a fine bit of patisserie (check out the sparingly administered handclaps that add to the already overwhelming array of riches on "Let It Happen"), Currents sheds much of Parker's trademark sensory overload to roll out a sleek, streamlined sound that draws focus to the songs and the singing rather than the ample upholstery and effects that - some might argue - was over-applied on past efforts to disguise the fact there wasn't that much of genuine substance going on underneath the aural fireworks. The effect - at least to anyone who didn't fully subscribe to the genius status granted to Lonerism - is contradictory: by embracing machines whilst simultaneously stripping down multiple layers of noise to expose the heart of the songs, Parker has whipped up an album that packs considerably more human warmth than its more 'organic' predecessor.

That this is Parker's strongest bunch of songs yet certainly helps get over the shock the new. The distinctly Hall & Oatesian 80's balladry of "Eventually" - a break-up ballad that's neither remorseful nor remotely heartbroken - will have fans of heavy psych action coughing and spluttering, but it's hard to argue with such alluringly assembled, heartfelt material, especially once the drums start to flex their muscles towards the end. The pumping power-pop of "Disciples" and melancholy funk of mantra-like "Nangs" clock in at under two minutes; the latter's hypnotic repetition, with echoes of The Flaming Lips' late 90's/early-to-mid 00's supreme phase, should've gone on for three times longer. Then there's "Cause I'm A Man", a horizontally languid apologia - hints of the sumptuous, distorted MOR of Connan Mockasin and the permanent seaside sunset of the short-lived 'chillwave' craze spearheaded by the likes of Washed Out - to male thoughtlessness that's so unconvincing in its flimsy reasoning (the justification for bad behaviour? It's in the title) it must be a joke; mind you, a tune this tooth-rottingly sweet (in a good way), crooned in the upper register with nuance and phrasing that must have been disguised under layers of effects on previous releases, makes it easy to swallow even the most preposterous of excuses. The propulsive and luxuriously sparkly funk-rock of "The Less I Know The Better" sounds like a smash hit in the waiting, especially once the tone hops unexpectedly from stoic acceptance of relationship meltdown to regret-tinged reminiscence towards the end, aided and abetted by the most naggingly beautiful melody on an album that's not exactly short of sugar-coated tunes.

Currents is by no means perfect. The record flags towards the end. The soppy, confessional R&B slow jam "Love Paranoia" proves there's only so far you can travel from past bombardments without losing sight of the plot. The ponderous spoken word sections of "Past Life" can also grate, although you'll forgive a lot for a chorus that channels Parker's inner Prince very convincingly. Then again, the uncharacteristically heavy closer "New Person, Same Old Mistakes" (equipped with a brief middle section of such spine-tingling yearning that most acts would've built an entire career out of it) could easily atone for a much greater multitude of sins.

Despite these faults, Currents makes a convincing case for facing the unknown. An album that's virtually crawling with strong, infectious melodies, it's likely to draw brand new prey to Tame Impala's territory. As for old fans, if you let go of your preconceptions and, er, let it happen, you should soon see the wisdom and value of Parker's new direction.