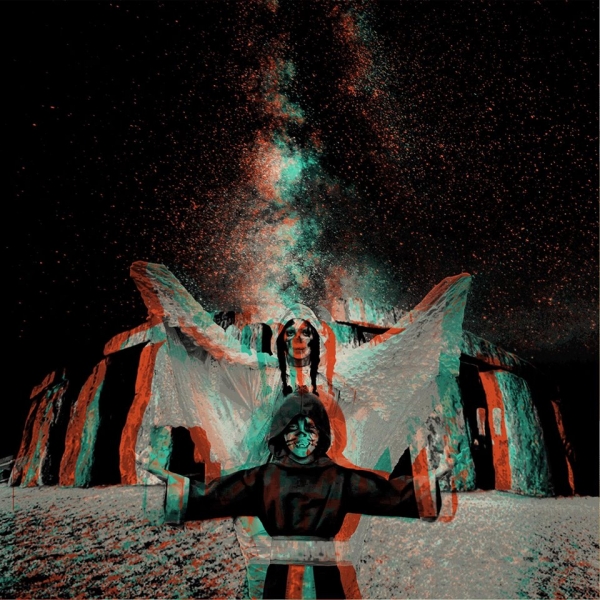 It’s rare to encounter a debut that ignites with such a potent spark, but Table Scraps’ debut album runs with such a powerful energy that it can leave you feeling physically rattled. Melodies scrape through the speakers, raw and thriving, backed by pounding rhythms whilst livid vocals take the lead. All of this makes More Time For Strangers a wholly impressive feat - and one of the most frenzied releases you’re liable to find.

The Birmingham two-piece, comprising of Scott Abbott and Poppy Twist, have built up quite the reputation through their live shows. Having performed alongside the likes of Fat White Family, Slaves, DZ Deathrays, and King Tuff, now Table Scraps are primed to make a dint on the music scene that is very much their own. Cacophonous and entirely consuming, Table Scraps' debut takes straight up garage punk and distorts it to carve out a sound that could swallow you whole - if you let it.

Combining the dark imagery with savage hooks, More Time For Strangers has mastered the art of the hauntingly memorable. "Bad Feeling" rumbles with a wild intensity, whilst "Electricity" demonstrates the band at their most brutal. "Vampires Bite" is sinister rock'n'roll at it's rawest and most enticing. Steady rhythms explode in a flurry of guitar riffs. Theremin interludes screech with a magnetic force you can't pull away from. With each chorus more contagious than the last, More Time For Strangers verges on the overwhelming.

Diving straight for the extreme, Table Scraps don't slow for a moment. Whether it's with a racing punk attitude or rolling rock aesthetics, with each track the duo push themselves to the limit. At the heart of it all are contagious songs and catchy refrains, turned up to eleven with a heinous delight. From the disparaging bite of "I'm Not Interested In You" to the charismatic fervour of "Motorcycle (Straight To Hell)", More Time For Strangers is exhilaratingly lawless.

Lingering like a bittersweet taste in the mouth, Table Scraps' debut is short, sharp, and solidly addictive. There are no embellishments, no slow numbers to catch your breath. Instead, More Time For Strangers presents unadulterated rock'n'roll pushed past its restrictions. "I've got a bad, bad feeling that everything is alright" the duo screech on the aptly-titled "Bad Feeling". As far as Table Scraps are concerned, we think everything's going to be just fine.