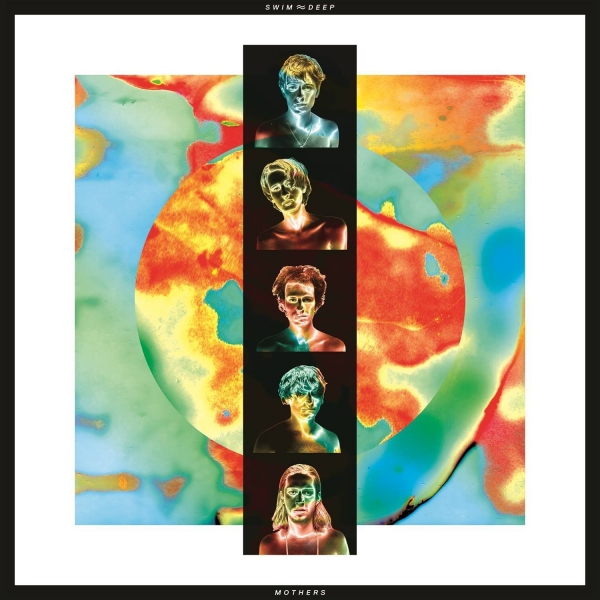 Swim Deep have come an awful long way since the release of their debut album Where The Heaven Are We.

Leaving behind the spray painted streets of their home city and venturing across the ocean, the outfit have returned with a record that sounds miles from the place they started. Arriving with the beaming energy of a spaceship coming into land, Mothers presents itself with an ethereal glow and futuristic sheer it’s impossible to draw away from.

Their mission is simple, and instantly stated. Opening number "One Great Song And I Could Change The World" swaggers into life with all the nonchalance of a band who know exactly how much strength they're demonstrating. From the eerie ripples of the song's intro, right through until the lose yourself breakdown at the track's core, Swim Deep have their audience right where they want them - and that's lost in the music echoing before them.

Taking nostalgic nuances and hurtling them decades ahead, Mothers is a record quite unlike anything else. "To My Brother" could easily have emerged as a Madchester dance classic, an age apart from the Krautrock stylings of "Grand Affection". Then there's the eight-minute techno infusion of "Fueiho Boogie". It should be a disaster of the most distorted proportions, falling apart at the seams as the various influences clash and fracture. But somehow, Swim Deep have succeeded in making it all sound seamless.

Through the absurdly enchanting stripped back refrains of "Green Conduit" and the swooning electric jangles of "Heavenly Moment", to the resounding chimes of "Is There Anybody Out There" and the sci-fi echoes of "Forever Spaceman", Swim Deep never cease pushing the boundaries of their capabilities.

At the heart of the record sits "Namaste". Crafted from the fundamental elements of glitz and glamour, the track both storms and shines with an unparalleled addictive allure. At their showbiz best, Swim Deep master a domain of their own making. Closing track "Fueiho Boogie" is another ridiculous feat of achievement. Racing without pause, evolving without end, it's a poignant statement that effortlessly sums up the record.

Constantly changing, Mothers is whatever you want to make of it. Presenting a sound that never settles, and will never tire, Swim Deep have at last demonstrated the strength they've always been capable of.