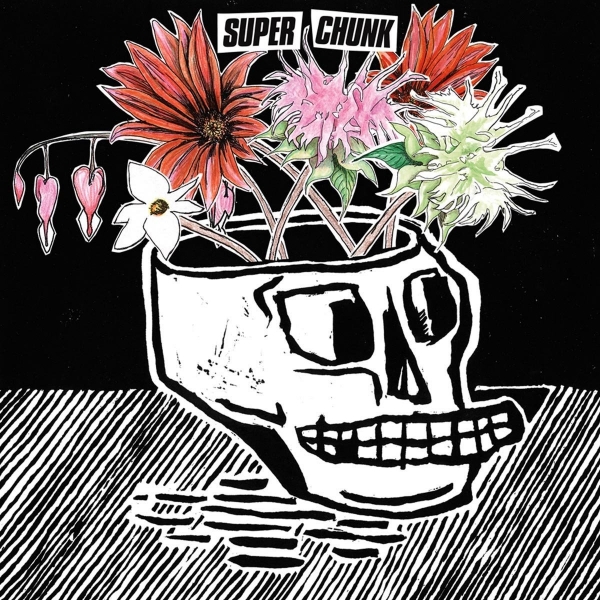 “The scum, the shame, the fucking lies / Oh what a time to be alive” runs part of the chorus on the title track of Superchunk’s blindingly furious new record.

For a band better known for introspective odes to love lost or damaged, celebrating the redemptive power of music itself or recounting rites-of-passage teenage tales unmatched in the indie rock world, this is something of a departure. Never before have we heard such scorn spat from the mouth of iconic singer Mac McCaughan and, unlike anything they’ve recorded since their early singles the music is there to match; relentless, breakneck punk rock that can barely disguise its rebellious aggression.

To say that it’s a record coloured by the policies and power of the 45th President of the United States of America is a timid understatement. It’s an album that reacts directly to the recent exponential increase in far right rhetoric in the USA and uses punk rock not only to savagely attack those in power but also to offer a call to arms to other disenfranchised groups at a vital moment in the country’s history.

From the incendiary title track though the first half of the album McCaughan’s snaking lead, Laura Ballance’s metal solid bass, Jim Wilbur’s chugging guitar and the mighty Jon Wurster’s intuitive, wild but somehow metronomemic drums lock in to create a run of tracks that form as strong a blueprint for modern rock n’ roll revolution as we’ve yet heard.

On “Lost My Brain”, led off by a feedback squall, Mac cries “I surrender to the flood of shit” and laments that “I don’t know, I can’t explain / Lost my heart and I lost my brain” before smartly observing that “It’s an intentional thing / Making you wonder if you’re the one that’s insane”. He rights himself with the massive pop of protest song ‘Break the Glass’ which implores “Don’t use the door / This is what a hammer’s for”.

Both “Bad Choices” and “Dead Photographers” push frantically forward, a pair of tunes that reveal their melodies on repeated listens and subtly attach to the heartstrings. On the former we get a neat balance of the personal and the political - a song that could be as easily depicting an emotional wrong as a grand scale one - “I’ve got a lifetime of shit decisions / I might never learn from them / But all your bad choices are gonna cost someone, yeah”. The latter boasts a sweet J Macis-like solo from McCaughan which is always a sneaky treat.

It’s not as if old concerns go unaddressed though - they are simply framed through the lens of protest; “Reagan Youth”, with its inescapable hook and ‘80s reminiscences conjure the likes of “Driveway to Driveway” or “Streets Of Barcelona” but with a fresh, pissed off perspective, while “Erasure” takes what could be a simple song about a dead relationship and feeds into it an incandescent take on America’s whitewashing of history.

“I Got Cut” sees the ‘Chunk offering to make way for younger activists but rallies with a cry of “Try to tie us up / We’re free as fuck’.

When it deviates, toward the end, into softer territory the themes are not compromised, only served up in more tender fashion. The closing pair of “All For You” and “Black Thread” are, firstly, a gauntlet thrown down to bro-right dickheads with the simple statement “Fight me” and then, to close out proceedings, a plea for people to pull off the blindfold, tear away at the layers of lies and “Cut the black thread”.

It’s not as instantly accessible an album as the band’s relatively recent classics Majesty Shredding (2010) and I Hate Music (2013), but in many ways it’s a more important one. It’s the sound of an essentially middle-aged band firing out a clutch of missile missives directed at the dark heart of modern America (in the absence of many younger bands fulfilling that role) and carrying it off majestically. It’s an empowering, frenzied record that rages against the dying of the light as well as the dispiriting rise of the right. It offers comradeship as much as cataclysm, melody as often as fury, and direction as much as despair. Make it a part of your life immediately.