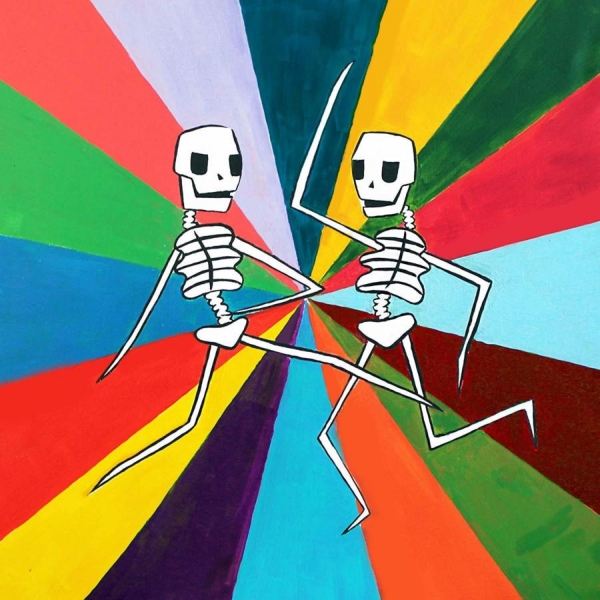 After two years away, Sundara Karma return armed with a rare and shiny jewel.

It’s taken two years of digging around a dense and over-crowded indie scene for them to resurface victoriously from the wreckage. With a new sense of style and a rose-tinted perspective on life, they dance around life’s problems fearlessly.

There is a reoccurring joy that ripples throughout the album. A joy that was hidden by the harsher realities and bolder assumptions of their 2017 debut Youth Is Only Ever Fun in Retrospect. The futuristic, cinematic opening of “A Song for My Future Self” bursts open the new era in spectacular fashion. “Greenhands”, with its ‘80s feel and jangly guitars, reaffirms the feel-good factor, before the sophisticated disco sound of “Symbols of Joy and Eternity” rears into earshot.

Frontman Oscar Pollock’s Bowie-esque grandeur has always been something wonderful and alluring. His understated confidence comes shining through this album, in a way in which we see an evident change in the early-20s Pollock we met on the debut. “The Changeover” with its mellow sway and overwhelming Bowie influence can somewhat be expected given the resemblances, but the punch that introduces ‘Illusions’ is a pleasant surprise and the track as a whole brings the old Sundara Karma out to play for a while. The chaos that emanates from ‘Higher States’ is yet another surprise in this crazy treasure trove.

Although Sundara Karma now possess a brighter exterior and a new, technicolour vision of the world, the latter half of the album turns the happiness on its head and finds reality creeping in. “Duller Days” is teaming with a life-affirming emotion and kooky, absurd metaphors in the form of “Romance as common as the flu”. "Rainbow Body” carries a melancholy persona, with echoing lyrics such as “Save yourself / confront the darkness”.

Sundara Karma have grown both personally and musically with this album and they have delivered a follow-up that is confident and utterly fearless. With more direction than their previous entry, Oscar Pollock’s weird and wonderful mind becomes the main spectacle and something to truly admire.