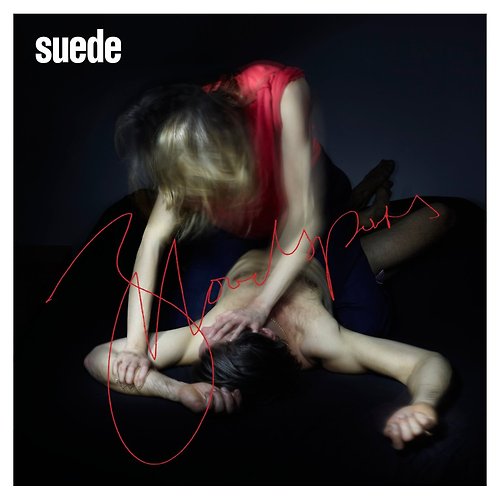 Early in 2003, with punk-funk in their ears, everyone quietly stopped talking about Suede. Sometime between the release of fifth album A New Morning late the previous year, and CDs of that famously iffy work appearing in portentous metre-high towers on the floor of Fopp, selling – or rather pointedly not selling – for £1 a pop, even the most ardent apologists gave up. Suede were spent, exhausted, a dried up, drugged up, hollowed out husk. Suede had become their own picture of Dorian Gray, and the only dignified course of action was to walk away.

Listening back to A New Morning in the name of research – and truly, that’s the only reason to go there, like digging out that box from the bottom of the wardrobe, you know the one – throws a necessary light on Suede’s unexpectedly glorious return to the stage in 2010. A one-off charity benefit at the Royal Albert Hall caught fans and critics alike on the hop with a captivating performance. It was so bullishly assured everyone almost forgot about The Tears, Suede singer Brett Anderson’s doomed 2005 attempt to rekindle the creative flame with the band’s original guitarist Bernard Butler. Almost.

Despite the enduring memories of that show, given the quiet three years since, the smile-inducing familiarity and sheer oomph evident in Bloodsports still come as a shock. It takes exactly 65 seconds of opener ‘Barriers’ for guitarist Richard Oakes to do his tremolo-bending twangy trick (admittedly one co-opted from Butler), and with so many tics in their sonic sweetie jar – most obviously Anderson’s signature cracking falsetto and eccentric way with a lyrical image – the first handful of songs make it clear that Suede are taking no chances with a doughty new tack.

‘Snowblind’ follows as an angry negative to triumphant 1996 classic ‘Trash’, and ‘It Starts And Ends With You’ – standout lyric, “I fall to the floor like my strings are cut” – continues the most muscular, confident and just plain booming art-rock opening salvo since the first Franz Ferdinand album. (In fact, at various points it feels like Franz have been kindly keeping Suede’s seats warm for the last few years.) Much of the credit for the feel of the album must go to Oakes and keyboard player Neil Codling, whose respective strengths – meaty string-wrangling and floaty synth-coaxing – can be plotted from song to song.

There’s a touch of The Cure’s epic melancholia in ‘Sabotage’, and bassist Mat Osman belatedly gets his moment in the sun during ‘For The Strangers’, a bottom-end dirge with a flag-waving chorus tailor-made for festival crowd wailing – not for the first time. It’s simply tremendously heartening to hear Suede sounding so full of themselves – but for all the Proustian callbacks, this is unmistakably a different band. New Suede are mature, pragmatic, measured, with little of the swaggering outrageousness or pugnacious, tilting-at-windmills chutzpah that made Old Suede so compelling.

But just when we’re starting to crack, and wish for the arrival of a daft ‘Elephant Man’ aberration or a ludicrous Paracetamol-shitting episode to enliven proceedings, another long-absent Suede trope hoves into view and saves the moment. ‘Hit Me’ is a glammed-up monster of a tune, with unexpected chord leaps and a ballsy turn by Anderson, underpinned by drummer Simon Gilbert’s gleeful thwacking. “Come on and hit me/With your majesty” – self-aware as ever, he lingers lugubriously on that last word like a defiant adolescent – and then a preposterous bout of trademark “La la la-la laaaaa”s punch through the fabric, and the urge to grin and pull mock-dramatic faces is overwhelming.

The final third of Bloodsports takes a deliberate turn into more introspective territory, as the pace slows and the post-euphoric doubt kicks in with force. “And I need you more than you need to be needed/So I sign my will one stab at a time” intones Anderson on ‘Sometimes I Feel I’ll Float Away’, and the tone keeps drifting inexorably downwards. We’re deep into the foggy Dog Man Star-era atmospherics now, and ‘What Are You Not Telling Me?’ shows that for all their gung-ho intentions, Suede just can’t resist attempting an eyes-wide-shut dive into eerie, Talk Talk-esque soundscape terrain.

‘Always’ is Bloodsports’ only real mis-step, nodding to Kate Bush melodrama but falling ploddingly short (perhaps significantly, it’s also the only song with a full-band writing credit). Thankfully, finale ‘Faultlines’ claws back much of the lost ground in last-ditch clods, Anderson lamenting tellingly that “The palace of cards you built for me/Is all just paper now” like he’s shit out of optimism – but at least it was a palace, eh? If ever there were a time for Suede to turn up and remind us it’s worth sifting through hateful politics and brain-melting pop culture for a splinter of brazen positivity, it’s today – as long as we don’t have to listen to that godforsaken single again.

Nobody really asked for Suede to grow up – or show up, for that matter. There’s long been a decent argument for letting sleeping dogs die, and enjoying the band’s glorious early days without worrying too much about what happened at the end. However, Bloodsports is such an assured return, as welcome as it is unforeseen, that Suede have succeeded in rewriting what might be deemed acceptable for a band preparing to enter middle age. Bloodsports isn’t without its flaws, but fallibility is often what separates the rote from the thrilling – and only an arsehole stands in the way of ambition.