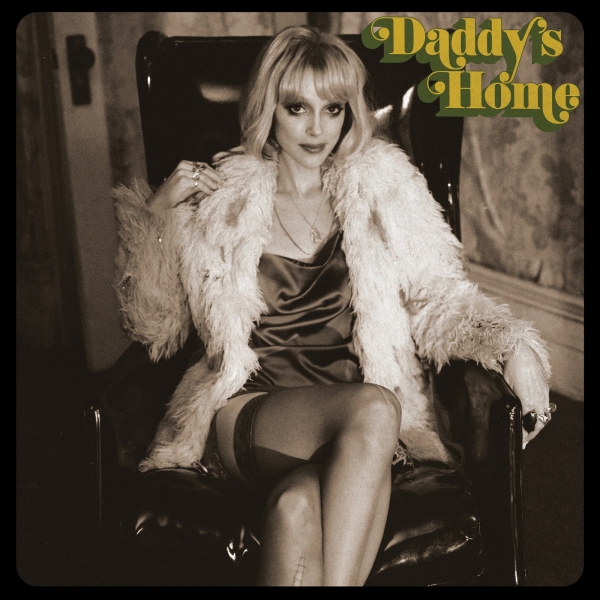 Influential Austrian physicist Erwin Schrödinger was one of the first to ever suggest that the observable universe - our reality - may be one of many alternate, constantly shifting realities, making up what’s commonly referred to as a ‘multiverse’.

If we could ask Schrödinger his thoughts on St. Vincent, he would undoubtedly find some way of explaining how, in one of the infinite alternate realities, Annie Clark has achieved the commercial success she deserves. “Critics? Schmitics,” he’d say, violently gesticulating in the direction of the nearest cat. “Cash is what makes the world go round, and this woman deserves to be rich.”

Rather than going to those philosophical lengths, taxing our COVID and Brexit-battered brains any more than necessary, we can simply turn to Clark's fantastic new record Daddy’s Home, because it sounds like money. It sounds like gold, dripping in thick gelatinous ropes from heaven, covering all and sundry in glamorous funk, sticky soul and fiery rock and roll. It sounds like a pool built into the floor of a penthouse suite with pelicans flying on the television. It sounds decadent, indulgent, and unashamedly retro. Where Clark's made great use of vintage sounds in the past, this is her first album that dives in at the deep end and swims around in an endless glistening pool of nostalgia.

From the first track, “Pay Your Way in Pain” (which splits the difference between squelchy Prince robo-funk and breathless Young Americans Bowie soul), through the shimmering Curtis Mayfield glide of “The Melting of the Sun”, to the smoky barroom blues “My Baby Wants a Baby” and the constantly-evolving masterpiece “…At the Holiday Party”, Clark gives us a comprehensive and extensive tour through the very best sounds of the 1970s.

The title track - with its rubbery grooves, slinky guitars and frankly obscene sexual energy - conjures the kind of luxurious atmosphere you might expect from a night in a suite at the Chateau Marmont. “Down” goes for much of the same flavour, but turns up the intensity – it’s an all-consuming funk odyssey with a relentless groove and mind-melting crescendo that’ll have you scooping your brains up off the floor.

Arguably the true centrepiece of the album is the epic “Live in the Dream” – it’s certainly one of the highlights on an album full of incredible moments. It’s spacey and psychedelic and drenched in moonlit atmospherics, taking the time to pay homage to Clark's beloved Pink Floyd, and casting the listener adrift without a paddle on a river somewhere out in the cosmos.

Of course, this won’t be a surprise to those of us who already take great pleasure in the fact that they’re listening to someone who has bridged the gap between the Talking Heads (by collaborating with David Byrne) and Nirvana (by fronting a one-time reunion of Dave Grohl, Krist Novoselic and Pat Smear during their induction into the Rock and Roll Hall of Fame), while also finding time to collaborate with Dua Lipa and Sufjan Stevens and Jack Antonoff and Andrew Bird and Beck. That's without even touching upon her creating one of the most engrossing, endlessly captivating bodies of work released by any musician since the turn of the millennium.

If you know, you know, but you should take the time to forget all of the plaudits, and all of the collaborators, and all of the successes and failures of her career to date. Forget everything you thought you knew about St. Vincent, because this is Annie Clark 2.0, beamed in from an alternate reality, ready to blow your mind. Daddy’s home, and she’s sounding better than ever.