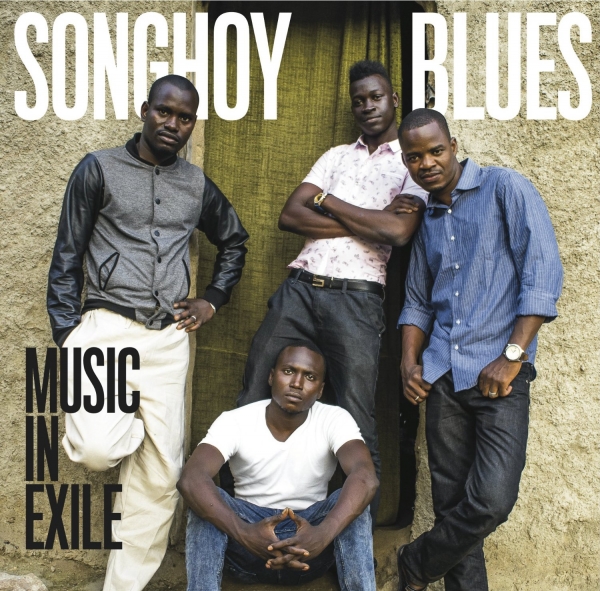 When it first gathered recognition outside its roots in Sahara ten or so years ago, Desert Blues provided a tantalisingly alien yet somehow strangely familiar take on the 12-bar business that pretty much any modern music worth listening to has dipped at least its little toe in. For reference, imagine John Lee Hooker’s most intense single-chord boogie vamps slowed down to fit surroundings where water and shade are scarce, with deeply melancholy but defiant lyrics steeped in decades of rebellion, unrest and dislocation.

The style's most renowned practitioners have continued to make great records ever since, but deep adherence to traditional song forms has imbued the proceedings with an unavoidable air of predictability. Until now. Thanks to Tinariwen and Tamikrest, Desert Blues is closely linked with the nomadic Tuareg people. However, Songhoy Blues - who first gained international renown when they opened Africa Express album Maison Des Jeunes - belong to the Malian, once powerful but now marginalised Songhoy ethnic group, which explains the first part of the band's name. The Blues, meanwhile, isn't just a summary of the quartet's musical templates, but also shorthand for their tragic backstory. The four-piece's story is linked to the rise of the Islamist militias, whose reign of terror in the northern parts of Mali forced some members of the band into exile in capital Bamako, where circumstances are tense but at least musicians won't risk having their hands chopped off for plying their trade. This is where the band’s current line-up came together.

Music in Exile manages to turn such a sad starting point into some seriously jubilant sounds. The album is as deeply steeped in traditions as you'd expect from a band with a direct link to no less a deity of Malian music than Ali Farka Toure (guitarist Garba Toure's dad Omar Toure used to be the late, legendary guitarist's percussionist). By injecting the ancient song forms with the cranked-up spirit of the past masters of the electric Blues and some of the rock flash of Jimi Hendrix, however, Songhoy Blues create a distinctly modern and youthful take on the familiar Desert Blues template; equally hypnotic, but infused with the hectic hustle of the city rather than the solemn contemplation and slow paces befitting an endless ocean of burning sand.

Some might credit the energy and emphasis on the groove to producer Nick Zinner (of Yeah Yeah Yeahs) but, apart from a few spots of atmospheric multi-layering and co-authoring the sizzling opener “Soubour”, which combines a call for patience amongst people dislocated by violent unrest with some of the most vibrant, life-affirming sounds you could possibly imagine, with guitar riffs sharp enough to stand in for razors, his presence is barely discernible; the vast majority of Music In Exile features the sparse but richly nuanced sound of a supremely well-oiled band with one foot in ancient traditions and the other firmly in the here and now doing their intoxicating live thing in a room whilst a recorder's switched on.

At its frequent best - most notably the nimble bounce of the indescribably funky “Irganda” - Music In Exile makes you think of a band sufficiently in tune with the hipper end of contemporary music to be inspired by the acts who've drawn influence from the traditions Songhoy Blues are so closely linked to; whether that's actually the case or not, the outcomes remind you of Blues' roots as party and dance music, sounds to drown your sorrows to. Were it not for the translated lyric sheet, you'd be hard-pressed to guess that these songs address the hardships of the exiled, such is the overwhelming joy of the performances.

All of which makes the more reflective moments towards the album all the more affecting. In contrast to the high spirits of, say, the steady-rolling “Nick” (distant relative of Canned Heat’s “On The Road Again”), the closing stages of the album venture nearer to the old ways, with the hushed pair of “Desert Melodie” and “Mali” speaking volumes about the dislocation and homesickness that lurk at the heart of this remarkable, intoxicating record.