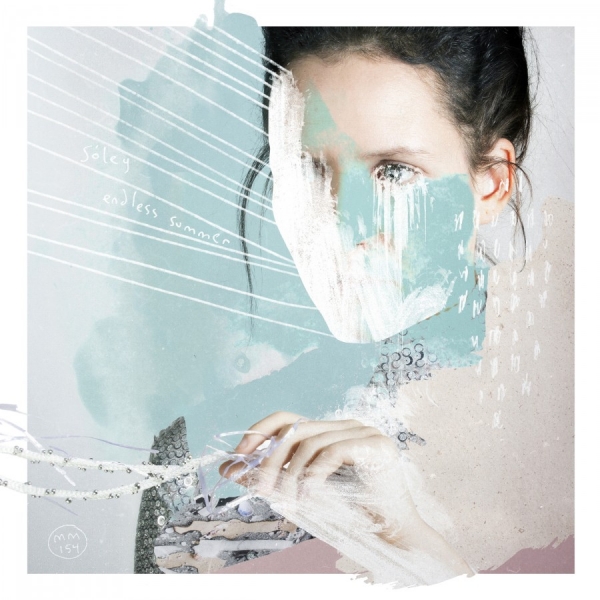 If there’s one thing that can be said for Iceland’s sóley, it’s that she’s intuitively in touch with her surroundings. Her output always seems to be imbued with a tendency towards the bucolic, albeit with accompanying shades of existential darkness.

In the two years since her last album, Ask the Deep, sóley has undergone some serious life changes (not least becoming a mother), and it seems as though these have led to her third album, Endless Summer, being imbued with a newly found optimism, standing as the bright yin to the dark yang of its predecessor.

Opener “Úa”, named in honour of her daughter, begins with a gossamer light piano refrain that instantly showcases Sóley’s classically trained skills as a pianist, as well as her natural ear for a solid pop melody. It’s riven with a “you and me versus the world” aesthetic that strides toward a sweeping crescendo. It’s sentimental but steps well clear of the saccharine territory it could have otherwise so easy have fallen into.

“Never Cry Moon” and “Grow” sit together as the centrepiece of the album. The tracks work as a miniature orchestral suite that echo back at one another. The intricacies of the tracks bubble up and simmer back down with distant clarinet blasts and resonating synths fluttering in the middle distance. It’s as though Sóley has taken the traditional pop song framework and delicately furnished it with insect wings.

But Endless Summer isn’t all bright optimism. “Traveler” and the album’s title track return to a darker, melancholy core and let you know that she still has a melodic switchblade hiding in her pocket. But she never comes across as being aggressive enough to be out for a knife fight, she wants to bring you into a protective embrace from the coldness of the world. It’s just that the harsh chill of the outside elements are always looming and ever present. She knows it, and she wants you to know it, too.

Endless Summer sees Sóley embracing a renewed optimism in the face of a genuinely scary world. But she choses to do this by shifting her perspective onto things that are arguably more important than global events: concepts like family, friends and the places we call home. With Endless Summer, Sóley has delivered a reminder for us all to emotionally re-set.