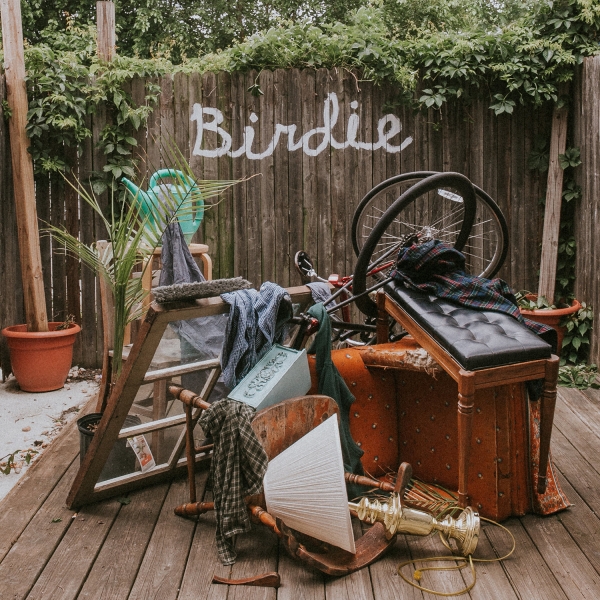 At times quietly compelling, the second record from Slaughter Beach, Dog (aka Jake Ewald of Modern Baseball) is a sparser release than last year’s Welcome, turning to folk and country inclusions within his typical indie-emo setup.

Underlined by an endearing and disarming style of writing, Ewald adopts an almost conversational tone, littering Birdie with observations that on first listen appear almost passable. References to the price of a cab fare and a Chinese takeout are typical of the miniature observations made throughout, drawing attention to the menial to help develop the wider picture.

It’s almost akin to the likes of Sun Kil Moon, with sentences often flowing into one another via the regular application of the likes of ‘we’ and ‘then’, though the results are occasionally jilted and lack conviction. Tracks such as ‘'Sleepwalking'’ and ‘'Pretty O.K.'’ in particular come across as pedestrian in their songwriting, the latter a notably flat and uninspiring coming of age tale that fails to bring to life the subject’s formative years.

The reason such detractions appear so stark however is due to the qualities Ewald clearly possesses. He shows strength in his range of songwriting, from the heartbreaking "Buttercup" to what is the epitome of the record’s sound, the closer, "Acolyte". "Gold and Green" however is the star of the show, a delightful, upbeat number that could happily slot in on Chad VanGaalen’s latest release, and comprising some of Ewald’s most compelling writing on the record. His assertion of ‘gonna make this garden grow / inch by inch and row by row’ is an emblem of hope in what is often a fairly pessimistic record, a sweet visual depiction amid the notions of loss and distance espoused elsewhere.

Tellingly, the front cover of Birdie is that of a collection of seemingly menial household objects, such as a lamp, a bike and a window, chucked together in a pile on a porch, an image that is indicative of the record as a whole. Ewald’s writing is comprised of a number of observations that often appear fairly minor, collated into something that is at times quite evocative. There are moments however where it feels more uncoordinated, less refined, and unfortunately it is these points that prevent the record becoming the disarming gem it promises at times to be.