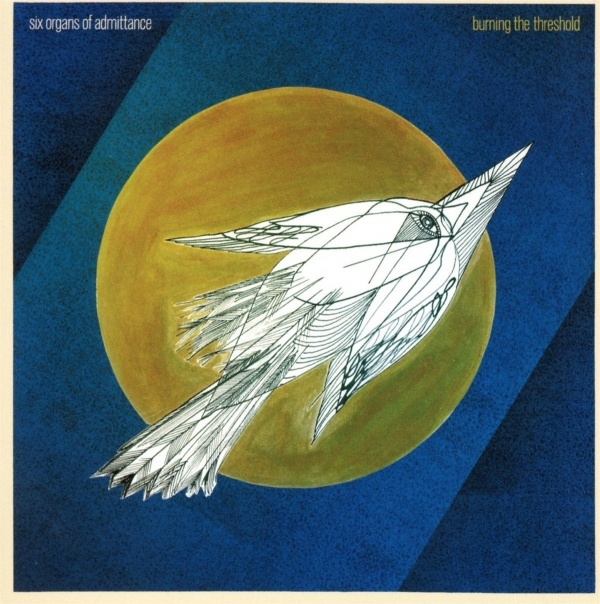 Somewhere in the celestial clouds of psychedelic haze exists a place that is so mellow it hurts.

It’s a place where the Ben Chasney, the musical force behind Six Organs of Admittance, fits comfortably in a small corner of the universe and broadcasts his mellow light to us earthbound citizens.

Burning the Threshold floats between space-folk and psych-rock with a unique mixture of classical guitar, ambient drone and tranquil vocals from the curator himself. Blink for a moment and you'll find yourself surrounded by a barrage of glorious instrumental guitar pieces spiraling like the Milky Way.

Regain consciousness and Chasney seems burdened about the vastness of the universe and equally cavernous pit of our souls, both of which are simply looking for love. Either path is totally satisfying and makes for great record from start to finish.

Burning the Threshold is the 20th-something full length from Chasney under the moniker of Six Organs of Admittance. His repertoire over the years has metamorphosed from stoner-rock and psychedelic-folk to pure ambient drone, but this is mostly an acoustic affair, a continuation of Hexadic II (which is in turn a drastic departure from the original Hexadic record).

While the two previous offerings were more about the math in music, Burning the Threshold focuses on the math of the universe both within us and beyond. It has a versatile feel and can easily be used for both out of body meditations and out of world journeys.