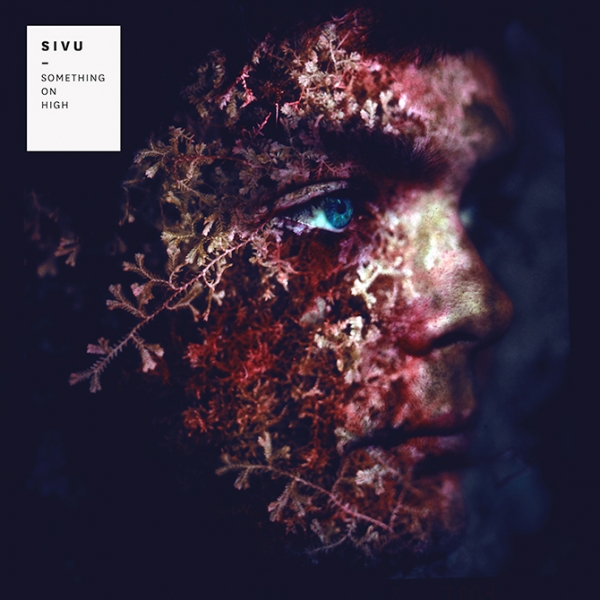 Sivu, the Finnish translation and stage moniker of James Page, has become one of 2014‘s favourite artists, and this October sees the release of his debut album, Something on High. Inspired by Van Gogh’s ‘Sorrowing Old Man’ and its search for meaning and identity, the full-length is a highly emotive collection of songs that question faith, the self, and the everyday.

It is rather apt that Something On High has shown its face just as autumn itself has woken in full glory from its slumber. Even before first listen there seems to be a connection to the season from the album’s cover, with its deep red and mossy leaves montaged over the artist’s face. But with its sombre tone, its instrumentation that is at times heart-warming and at others bitterly cold, and its solitary aesthetic, Sivu’s debut is aurally autumnal.

It begins with the familiar “Better Man Than He”, which won Page a plethora of fans including artists like M.I.A with its MRI scan video. The closing and vocal harmonies are so delicate they almost tremor, and this is true of much of Something On High. “Communicate” is a simple ditty but Page’s vocal control and melodies seem to drive it deep into the heart. Its lyrics plea for a dreamlike escape from reality, which Page by no coincidence makes sound like ‘alleyway’: “Into the dark, we can swim in the stars/Leave the alleyway behind and ignore all feelings inside”. Indeed, the album exemplifies Page’s ability to deliver his melodies and lyrics incredibly effectively, such as with the piano and guitars playing in unison in “Departure & Family Tree”, or in his unfaltering ability to switch from the modal to the falsetto.

Unfortunately though, “Can't Stop Now”, which was released as a single back in March, sounds out of place in the release. It is the liveliest and certainly the most uplifting song on Something On High, which presents a dilemma, because though its sound makes it an anomaly in the context of the rest of the album, without it I suspect the release would be just a little too sombre.

Something On High could definitely do with just a pinch more of life at times, as the liveliest moments - such as in the glorious choruses in “Miracle (Human Error)”- are some of its best. But regardless of this, it is still an incredibly powerful debut from Sivu, and it deserves, no, demands, a place in any contemporary-music lover’s library.