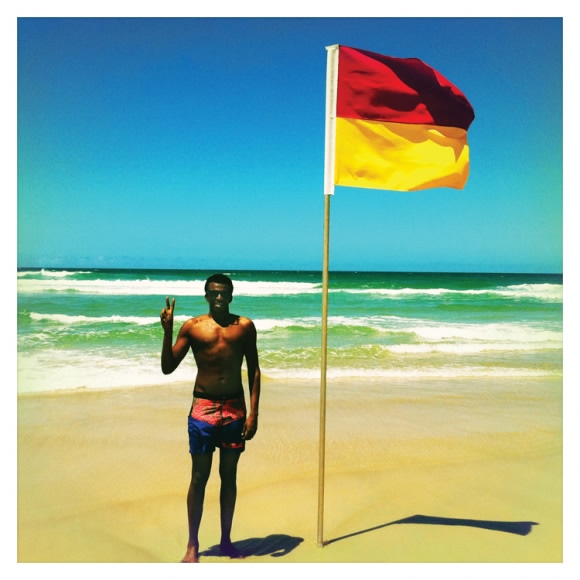 On an album that pulls on influences that range from krautrock, ’70s funk, Sudanese pop, indie and jazz, the flute is one of the many instruments that makes an appearance, perhaps unsurprisingly given the playing background of Sinkane main man Ahmed Gallab. Derided – as a (weak) joke I must add – publicly by myself and defended in a much wittier manner than I could muster by Gallab himself in response, the flute is one of a handful of instruments on Sinkane’s new album Mars that makes the record one of the downright funkiest experiences of 2012.

The mix of influences and instruments seems to match the varied life of Gallab so far: born in Sudan to a couple of university professors, he moved to the US at an early age and eventually settled in Ohio where the state’s music scene led to him becoming a talented session player for the likes of Eleanor Friedberger, Caribou, Of Montreal and Yeasayer, before turning his hand to solo playing. Despite the older influences previously mentioned, Mars actually plays like a fairly modern, eclectic dance record; Gallab clearly knows his way around a rhythm or two and the fact that DFA were quick to sign him up flags him as very much the 21st century artist.

It’s that combination that gets us, ahem, running on the opening track, ‘Runnin”: a combination of Curtis Mayfield falsetto and killer wah-wah guitars are melded to squelching synths and basic-yet-brilliant bassline to give us the most danceable revolution soundtrack since Valentine Strasser danced his way to the throne. The afro-pop of ‘Jeeper Creeper’ is powered by lolloping percussion and spidery guitar lines, and Gallab’s breathy vocals provide a counterpoint to the falsetto of the previous track. The wah-wah makes an appearance again in ‘Lady C’Mon’ which features heavily-vocodered vocals before the sultry ‘Making Time’ brings loose-limbed funk, the brilliant repeated lyric “I go cruisin’” and a ridiculously terrific guitar solo courtesy of Twin Shadow’s George Lewis Jr. The pace is slowed down by the slick ‘Lovesick’, a song that wouldn’t be out of place on the most recent Yeasayer release (and it’s worth noting that both Jason Trammell and Ira Wolf Tuton of the band make an appearance), and then that flute (played wonderfully by Casey Benjamin) finally makes its presence felt on the wonderfully jazzy title track ‘Mars’, which free-flows into the psychedelic closer ‘Caparundi’. This longer closing track is in contrast to what’s actually a fairly concise little album, but the extra time allows it to reveal its beauty and layers, and it’s a fine treat to end the album with.

When talking about the album, Gallab revealed that “it came from my background, the influence of various people I’d met all over the world, travelling, listening and dreaming of the ideal place”. While the music and album artwork (Gallab stands, smiling, on a sunny beach somewhere) point to parts far-flung, Sinkane’s Mars is actually an album about his adopted home of New York City. It’s the classic NYC melting pot of influences and styles, brought together by someone who’s not a native of the city but is in reality the perfect New Yorker. Mars is a record that speaks of hopes and fears, full of happy vibes and positivity – I can’t imagine the city that never sleeps knocking Gallab out of his stride for one minute.