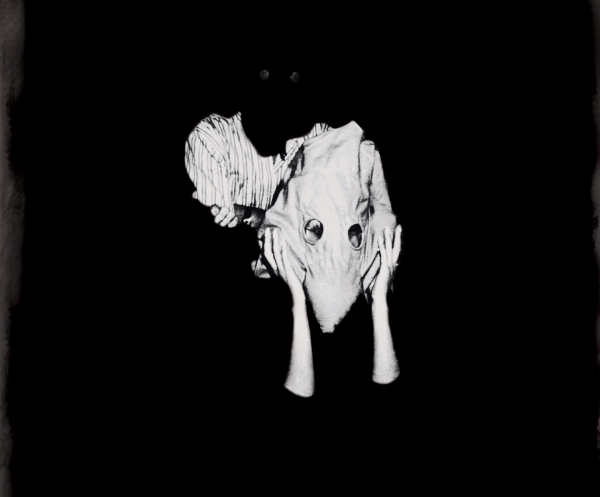 For a band as established as Sigur Rós to lose an intrinsic member is no small thing. Historically, these losses have always been a catalyst for change – sometimes good, sometimes catastrophic – and at January’s announcement of the departure of multi-instrumentalist Kjartan Sveinsson from the Icelandic legends’ lineup (the first real game-changing turbulence in the band’s career) their enormous global following said a mournful farewell and waited anxiously for news from the officially-remaining three. It wasn’t long before news began coming, drip by drip, and now, with their release of their seventh studio album, their playful hints at a change in direction have been delivered upon.

Kveikur (tr: Candlewick) comes from a strange new evolution from the safe, comforting Sigur Rós we’ve grown to know over the years. It follows 2012‘s Valtari, one of the most truly ambient live-instrument albums in alternative musical history, and, like AC/DC following the death of Bon Scott with Back in Black, they have adapted a sound darker than any previous work to highlight a fundamental shift – a sound that’s aggressive even when compared to the likes of ‘Ný Batterí’ from their breakthrough album Ágætis Byrjun.

Reminiscence is definitely strong here, however. Melodies are proud and distinctive in a way they weren’t at any point on Valtari – a component particularly true of the vocals of frontman Jónsi Birgisson, whose signature falsetto cooings are to-the-point in a way they haven’t been since his much-loved solo album, Go, and, although here more menacing, incorporate some of the same digitally-affected embellishments.

Kveikur’s vigour erupts from its start, with the hellishly ominous slams that introduce ‘Brennisteinn’ (tr: Brimstone), the album’s near-eight-minute opening track; the music video for which widened the eyes of all looking in Sigur Rós’ direction in March of this year. The deep, groove-laden drums are welcome after the blissful lethargy of Valtari - a component of the new album that reaches a climax in the fierce abandon of its title track. ‘Ísjaki’ (tr: Iceberg), the second single from the record, is straightforward, memorable, and full to the brim with wildly fluctuating vocals, whirlwind strings and war-like drums. Tracks like ‘Stormur’ (tr: Storm) are, in some respects, classic Sigur Rós – they’re grand and emotional, with choruses that make you sing along in your head after a few listens with words you likely don’t know or understand. In their instrumentation, however, they’re different beasts entirely. Neither the drums, guitars or synths are ever understated, lo-fi or polite – throughout, they’re devastating, taking control of the band’s poppier sensibilities and lighting vicious fires beneath them. It’s as ‘Rafstraumur’ (tr: Electric Current) swells to its blistering climax that you comprehend the extent to which Sigur Rós have here dived into the epic waters they’ve been dipping their toes in and out of all these years, and marvel at the unfaltering consistency of the resulting work.

This is dark, progressive music for dark, adult emotions. There’s little that’s whimsical or playful to it, and yet it’s still, somehow, pop music – despite being quite unlike anything else currently in the global mainstream. It’s music that concerns the elements; of imposing forces of nature; of beautiful things that move the earth in ways we can’t control, and, in those respects, the record mirrors its track titles. It’s a perilous adventure, as organic as a thunderstorm, leading eventually, with the treacle-thick piano and possessed velvet strings of closing track ‘Var’ (tr: Shelter), to a final, blissful sleep from which you never wish to wake up.

In comparison to its recent predecessors Kveikur is frightening, but it’s frightening in a way that’s primally, morbidly fascinating. This comes, however, with the unavoidable fact that, despite its accessibility, one wouldn’t take it on unless the mood, surroundings and general state of mind were all totally in the right place – unlike previous albums like Takk…, which take significantly less emotional investment. No; Kveikur is a record you play for the sheer catharsis of it – a work of art to plug into when grey buildings and greyer skies tower too densely around you, and you wish for nothing more than to close your eyes and feel the terrible greatness of nature swallow you up.