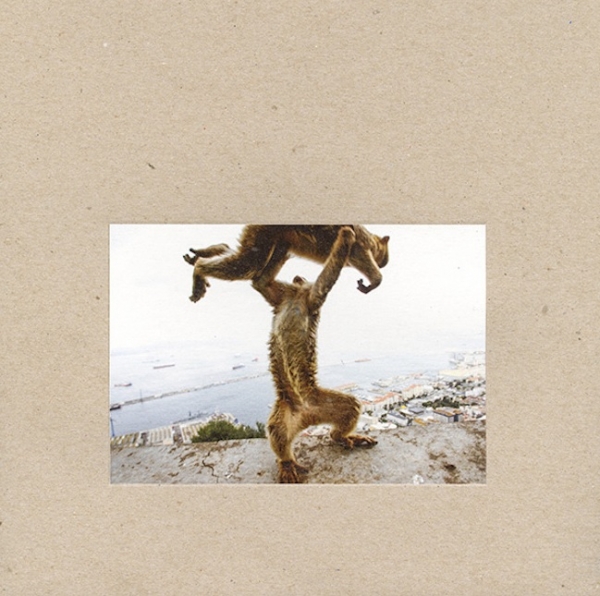 The tightest, greatest three-piece in the history of rock and roll are back: Shellac of North America, with “Shellac record #14” titled Dude Incredible. What more do you need to know?

Barely a thing has changed since Steve Albini, Bob Weston and Todd Trainer formed Shellac in 1992. They’ve only released six (or five, depending on your view of The Futurist) studio albums in that period, they all sound relatively the same, and untouched by passing trends and fads, and they are still a fucking awesome band. If it’s all TL;DR for you, know that this is as close to a 10/10 as is ever possible – now go back to your life while I justify that score.

Dude Incredible comes after the longest period of downtime in Shellac’s history; it’s seven years since Excellent Italian Greyhound, and that record followed a similarly fallow period following 2000’s epic 1000 Hurts. Albini and Weston always keep themselves busy with production and re(mastering) duties for other bands, there’s never much discussion about the future of Shellac and when it comes to promo for an album, we get no lead singles, no teasers, trailers, ad campaigns, no clues (save for hearing some of these tracks earlier in the year during an increasingly rare tour cycle) as to what would be on the album. So to some extent it’s genuinely exciting to hear a completely fresh album that’s not been streaming a week previous or become stale through endless teasing. With Shellac, the very act of getting the vinyl out of the sleeve, or the CD from the case is a thrill in itself often lost to online culture, restored to its rightful place as part of the whole listening experience.

So, yes, the “experience” is all well and good but it’s nothing if the actual listening part amounts to nothing but a disappointment. Well, that’s not in question either. One thing to note about Shellac is just how incredible, how underrated these three musicians are. Sure, Albini is feted as one of the great producers but just listen to the sounds he creates when he clatters the metal pickup against the strings of his guitar: on opener “Dude Incredible” he creates dusty, almost countrified winding passages that are battered into shape by Weston’s trademark low-slung, low end bass and Trainer’s battering, unfiltered drums. On “You Came In Me”, a song described by Albini in a typically dry way as being about “intercourse” he almost loses control of the riff and creates a moment of heaving feedback quite unlike anything else in the Shellac canon. On “Gary”, a song about the town in Indiana and a homage to labour and folk songs (featuring lyrics by T-Bone Slim), he detunes the notes to a point where the song becomes the dirgiest thing the band has ever produced...and who would ever have predicted Shellac would have written a folk song?

The portentous “Riding Bikes” (the title is literal) shows off how wonderful Trainer and Weston are as a rhythm section; Trainer remains to this day one of the most gloriously unpredictable time keepers in rock. His assaults on the drums are stunning – here he rules the pace of the song, keeping it funereal and just out of step in ¾ time before the, um, chorus lets him off the leash, pounding away as Albini roars “aaaand I’m RIDING BIIIKES!”, that brutal kick drum threatening to send the speakers crashing. Dude Incredible also finds Weston on great form: he fronts the brief and brutally matter-of-fact “Compliant” with his usual gruffness, but it’s a step up from anything he put his name to on Excellent Italian Greyhound and the same can be said for the final assault of “Surveyor”, the best close to a Shellac record in a long time. Weston also contributes more backing vocals (I say vocals, it’s more yelps and frantic echoes of Albini’s lyrics) than I can recall on any other album.

“Surveyor” is one of three songs on the second half of Dude Incredible which use that particular word, and all three contribute to the most bruising, unforgiving and perhaps most “rock” side two in the Shellac canon. As well as being loosely conceptually political in its themes (it features songs about the founding fathers and the Occupy protests, as well as the aforementioned “Gary”) it’s, pardon the pun, an incredible run of songs that punish the eardrums from the moment the trio go fucked-up barbershop in the opening to “All The Surveyors”, through Albini’s manic crow impersonation: “cawww, cawww, cawww, cawww....should have buried you in the desert!” and withering put-down of “….and the crater that we made out of you times son-of-a-bitch squared”...and that’s all in the same song. “The People’s Microphone” and “Mayor/Surveyor” are two terrifically succinct instrumentals, stripping away all the unnecessary fat like never before, leaving us with the most streamlined, efficient, glorious Shellac.

It’s going to be hard for Albini, Weston and Trainer to ever top what we find on Dude Incredible. Worthy of filing alongside and above At Action Park and 1000 Hurts, it’s the sound of one of the great bands at the height of their powers. Cawww, cawww.