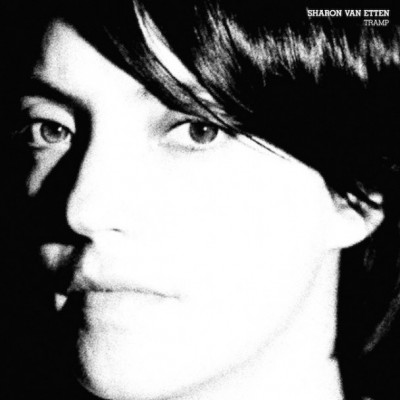 Sharon Van Etten has the kind of autobiography that comes to mind when pop stars sing about scorned lovers and wasted years. It comes up a lot in writing about her music, but it’s worth repeating. Fresh from high school, she moved to Tennessee to attend the state university, and after a year eventually realised it wasn’t for her and dropped out. Somewhere along the way, she fell into a relationship with a boyfriend that soon turned controlling. Along with other abuses, he repeatedly tells her that her attempts at songwriting are no good, too personal. After five years of putting up with it, she eventually leaves Tennessee and her boyfriend in the middle of the night and returns home to her estranged parents.

Three albums into a career doing what she was told she couldn’t, the only triumph Van Etten allows herself in her music is keeping it resolutely autobiographical. More eager hands would’ve long wrung out the detail of the mocking boyfriend for all its irresistible irony but Tramp, like her previous two records, is a humble album about loves lost marked by self-doubt, quiet anger and other invisible scars. Interviewed in 2009, she spoke of how she finds inspiration in her journal entries detailing all the things she wished she’d said to people. But rather than using the tyranny of a recording contract to present a front of hell-hath-no-fury vindictiveness, and to immortalise pithy kiss-offs and her staircase wit, Van Etten’s songwriting is defined with elliptical, quotidian details, ambiguous “You”s and “I”s, ghosts of former relationships, and, as she puts it on ‘All I Can’ “sighs of the past”. On Tramp, Van Etten is keen to project herself neither as the vulnerable victim or the unassailable hero. On ‘Serpents’ she does battle with an abusive partner (“Serpents in my mind/Looking for your crimes”) – while ‘We Are Fine’ describes a panic attack with impressionistic details – (“Trying hard to breathe, head between my knees/Take my hand and squeeze, say I’m alright”).

Helping Tramp traverse that varied terrain is a sound carefully evolved around Van Etten’s smoky-voiced confessionals. 2009’s Because I Was In Love and 2010’s epic were mostly uncomplicated records with a touch of vocal harmony here, some brushed cymbal there and not much else. On Tramp, producer Aaron Dessner (of The National fame) helps the album earn the John Cale nod of its album art, and inhabits the record with a forceful and raw mood that helps remove the distance between you and its protagonists. Opener ‘Warsaw’ curls the lyric “I want to be over you” on top of jagged electric guitar, while a lead offers longing bends and distorted squalls that gradually crescendo in a way that mimics the longing in the words. ‘Give Out’ is driven on by a charging acoustic strum, shambling with nervous energy, while bluesy guitar lines intersect and overlap like firing synapses as Van Etten’s speaker abandons herself to the promise and danger of “the eyes in the back of the room”. While ‘I’m Wrong’ sees her willing a confidant to assure her – “Tell me I’m worth all the miles that you put on your car/Tell me I’m wrong” – as the track slowly throws off its initial, melancholic lullaby and melts with guitar feedback and brass swells. It’s not that Van Etten’s music was ever meek or mild, but Tramp’s size and ambition is a step forward that allows her to impress its feeling more vividly, not just add volume.

It’s a considered change that defines much of Tramp. There’s no huge break with Van Etten’s past work, and, ignoring the album’s embellishments, she mostly returns to old tropes and styles. Nonetheless, it’s an album impressively relatable and vivid, filled with the chewy unpalatable stuff of failed relationships that usually gets erased in the line between autobiography and art. More than that striking life story, it’s a record that’s defined by resonances and things often thought but rarely so well put; that sense of relatability is her most winning quality. There’s no shortage of demure coffee-house chanteuses and larger-than-life soul revivalists elevating the personal into high art right now, and it’s to Van Etten’s credit that with Tramp she navigates the narrow corridor between the banal and the cliché-ridden; producing something worth listening to on the well-worn subject of falling in and out of love. It’s not quite chicken soup for the soul but then, as she sums up on ‘Ask’, sometimes “it hurts too much to laugh about it”.