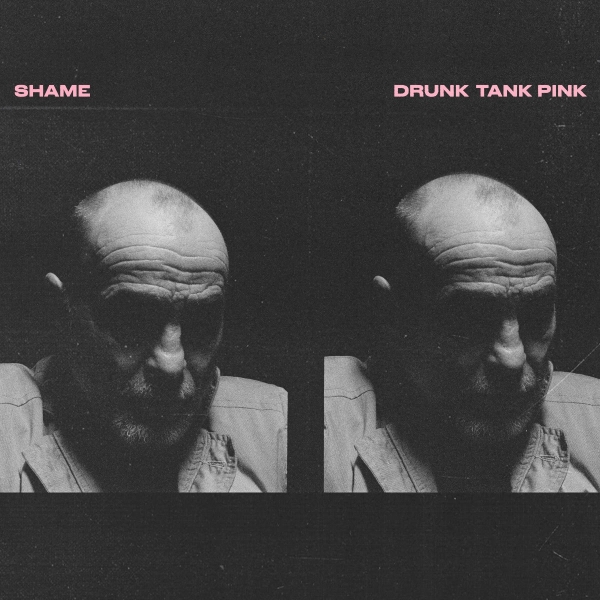 Shame, one of the most exciting bands to come out of the recent post-punk renaissance, have returned at long last.

Their first album, Songs of Praise, was all the things you’d want from a debut album and more. It was brash and loud, full of youthful energy that crackled from every note. It did lots of fantastic things, both musically and figuratively, but it didn’t feel like a definitive statement, and it didn’t paint them into any corners.

Drunk Tank Pink, named thus after the shade of paint the brain finds most disarming when painted on walls (apparently), is somewhat of a departure from the debut, and while it’s a more mature, more considered release, it’s not missing any of the energy or power of its elder sibling.

Despite a much-touted Talking Heads/highlife influence, the album is actually much more varied than that. What you actually get are songs that sound like Queens Of The Stone Age (“Alphabet” is “Sick, Sick, Sick” with different lyrics), The Raincoats (“Nigel Hitter”) and IDLES or Iceage (“Snow Day”). Some tracks burst from their seams (“Harsh Degrees”), while others take their sweet time (“Station Wagon”). “March Day” is supple and muscular punk, contrasting sharply with the crawling goth rock of “Human, for a Minute”. “Born in Luton” and “6/1” both offer contrasting, but no less immediate, pleasures – the former is a gnarled, densely woven web of sharp guitars and booming bass, while the latter is a thrilling ride down what feels like concrete stairs.

It’s a fantastic time to be a fan of post-punk, and a fantastic time to be a fan of heavy music in general. Thankfully, despite all of the chaos we’ve all been through in the past year, the bands we love have really come through with the goods. Shame have put together a collection of fantastically varied ragers that are bound to blow the roof off whenever we’re allowed back to live gigs. If that was what they wanted (and we should have every confidence that it is), then they can call this a mission accomplished.