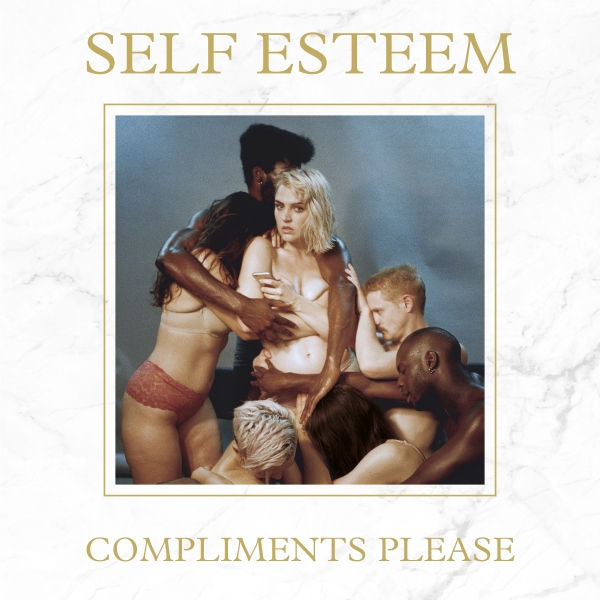 For a project whose name began as a joke, Self Esteem’s solo debut is anything but.

A band name that was coined ten years ago as a satirical quip upon Rebecca Lucy Taylor’s insecurities and self doubts has karmically proven itself to be a prophetic statement of intent in her new collection Compliments Please.

Compromise and outside expectations of others began to take its toll on the confidence of the ex-Slow Club member, who in being one half of a duo always felt as if she were a “meek” version of her actual self. Shedding the weight of expectation that comes with being part of an acclaimed act (the band released five albums) to partake on a voyage of creative self-discovery has led to Taylor to release the last of the restraints that were holding her back.

It’s easy to forget about Taylor’s Slow Club days when she’s belting self-aware anthems such as the iconic "Rollout" and her recent single "The Best", but such self-awareness comes hand in hand with a touch of heartache and dysphoria. “What I might have achieved, if I wasn’t trying to please” muses Taylor over and over, as if the repetition of her observation will eventually release her from its constraints. With both singles bookending the album, Compliments Please journeys from the doubt and subsequent identity crisis that comes with the turmoil of a flailing relationship to the cumulative empowerment bestowed with time.

That is not to say that Taylor is evading her emotions; tracks such as "Favourite Problem" and "She Reigns" pull at the heartstrings with their raw vulnerability as she recounts relatable moments as two people grow and their bond begins to thread. “I know I don’t behave the way you want me to be, I’d love to change my ways, but it’s too late” she and her choir recite in "I’m Shy" with a matter-of-fact resignation that some differences of character are ultimately irreconcilable.

Her love of hip hop is imbued in the very core of Compliments Please, shirking much of the folkish arrangements of Slow Club for a sound far bolder, and at 16 tracks strong it is clear that Taylor is not short of ideas. Brewing a concoction of high octane, R&B infused pop, tracks such as "Monster" and "Actors" bring an essence of unrestrained glee in both their compositions and Taylor’s soaring and emotive vocal. That aforementioned love of hip hop - most specifically Kanyé West’s My Beautiful Dark Twisted Fantasy and inflections of autotune - is entirely palpable on "In Time", pounding beats reinforcing a chanted mantra of assurance amidst gospel euphoria.

In her first outing as a solo artist, Taylor surmises an important lesson for us all: that of prioritising your own path and growth in spite of others trying to pull you astray. “Only now am I feeling like it's alright to be ambitious or have ideas. It's blowing my mind,” she stated recently. “I was so girly, so submissive. And it's time to just be true. No one's gonna fuck with me now.”