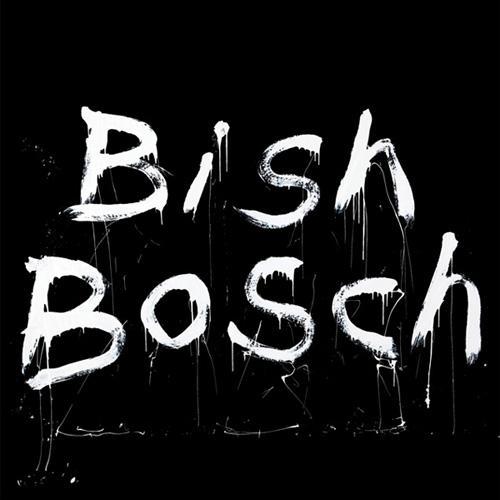 As far as personal reinventions go, Scott Walker’s transition from crooning 1960s heartthrob to the formidable doom conjurer he is today is rivalled perhaps only by the Insane Clown Posse’s revelation that they were in fact fundamentalist Christians all along. His last two records, Tilt and The Drift, saw the one time pin-up explore sonics that were bleakly beautiful and harrowingly intense respectively, and the results turned out to be as spectacular as they were surprising. His latest, Bish Bosch, pushes his work in to yet more uncharted territory – that of the darkly comic.

“Darkly” being the operative word. Whilst there is a lot that’s genuinely funny about Bish Bosch – the title, for one thing – it’s also as disturbing an album as we’ve come to expect from Walker in recent decades. Once more, it’s the sound of a man confronting the horrors of the world and seeming overwhelmed by them, but this time he’s using their inherent absurdities as his muse. Upon being safely evacuated from a house fire, a school friend once told me that all she could do was stand looking at back it, hysterically laughing through her tears. Walker knows how she felt.

The excellent opening onslaught of incessant drums and intermittent string and guitar riff oddness that is ‘See That You Don’t Bump His Head’ is revealed by what follows it to be actually the most easily digestible moment on the record. Though the music too is more playful than on The Drift, the moments of humour (I’m talking actual fart noises) appear in the midst of songs that have no problem with stretching past the twenty minute mark. Yet Walker is so engaging that your attention is grabbed firmly by its throat even in the album’s most indulgent moments.

Probably the most remarkable and surprising track here is ‘SDSS14+13B (Zercon, A Flagpole Sitter)’. Walker uses its 22 minutes to reel off a list of impassioned insults to an unidentified target that, as is the theme throughout, would be rather droll if they weren’t being screamed at a level which makes you worry that Walker’s throat is about to snap. “You’re so fat, when you wear a yellow raincoat, people scream TAXI!” and “You’re so boring that you can’t even entertain dogs!” he bellows, saving the most cutting put down for last – “Don’t see a mind reader, see a palmist – I know you’ve got a palm”. Musically, all hell breaks loose around him – there’s an orchestra that sounds like it’s throwing up, bells that shake one’s head upon being struck and a distant, unnerving rattling… I don’t know what to make of it, honestly. But I know I’ll be listening to it for years.

Though he’s clearly unhappy about a lot, Walker’s definitely enjoying making this music – one only has to watch the section of the album trailer where he and his band make the rhythm track for the superb ‘Tar’ by sharpening enormous knives to gather that this was a record as great to be a part of as it is to listen to. Even when his voice is trembling, such as on the second half of ‘Phrasing’, he makes sure the band are rocking very, very hard – which has the curious effect of making the singer sound as if he’s terrified of the very music he’s fronting. “Nothing clears the room like removing a brain”, he sings through a shivering croon, confirming that this will be the most uneasy record you own that could ever also prompt sporadic laughter. Unless you own, say, everything Current 93 have ever done. You brave, brave soul.

Like Chaplin’s masterpiece The Great Dictator (a cutting and hilarious satire on Nazi Germany), Walker knows that pointing out the absurdity in the things that produce in yourself the most loathing, fear or confusion is itself an excellent way of attacking them. Quite who or what conjures these emotions in him is difficult to pinpoint – Walker hands nothing to you on a plate. But whatever his demons, it’s incredible to hear them taking such a comprehensive battering.