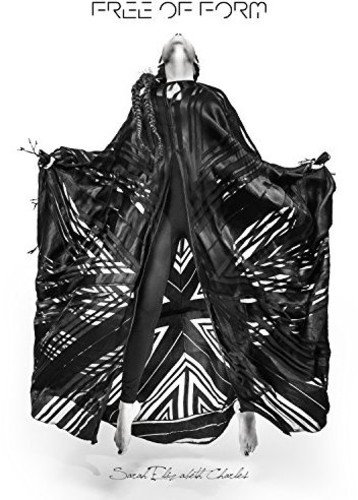 Following the release of her critically acclaimed second record Inner Dialogue, Charles worked with nonprofits in Haiti and conducted workshops in correctional facilities. With Free of Form in mind, it appears Charles’ social conscience has carried through to the fabric of her music. In “March to Revolution Part II”, the elegance of Charles’ delivery potentiates politically charged lines such as “So many songs left unsung / In a sinking pool of dangerous ideals”.

Production duties have been shared with Grammy nominated trumpeter Christian Scott and many of the moments on the LP feature blasts of Scott’s soaring trumpet with Charles’ vocals consistently and effortlessly cutting through the varied arrangements and occasional flirtations with dissonance.

In the album’s title track, the beauty of Charles’ voice is left untouched by grumbling synth and stabs of horn. On “Learn How to Love”, Charles’ delivery is striking in its grace as her voice remains unchallenged by the track’s full-bodied texture.

Musically, the record is versatile and expansive in its instrumentation. Experimental tracks such as “Thinker” and “The Struggle” create brooding and moody landscapes which move Free of Form to into more shadowy and cerebral territory. Equally, moments such as “Another Cloudy Memory” make use of earthy, soulful piano while elements of lounge and even trip hop are present elsewhere.

Overall, Free of Form is nuanced and interesting in its composition, but crucially, Charles is afforded the space to take centre stage and exhibit her seemingly limitless ability as a singer and her eloquence as a lyricist.