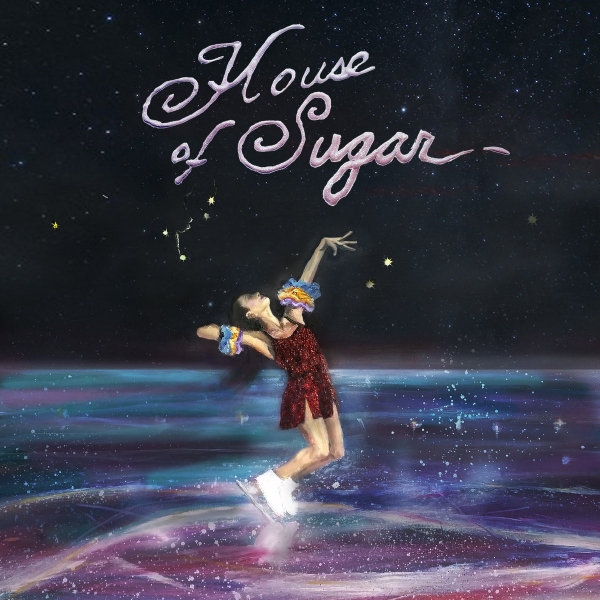 As a teenage Alex Giannascoli a.k.a (Sandy) Alex G was uploading songs onto the internet, he already possessed many of the qualities that would go on to set him apart as a songwriter.

His stream of releases showcased an almost inexhaustible thirst for experimentation, the desire to capture new ideas as they hit and commit them to tape before they floated away. There was also a vulnerable charm in the lo-fi aesthetic of his home recordings, a warts and all presentation of self. The finest moments of his work are always those which take the longest to reveal themselves, melodies lost in cataclysmic settlings, lines of devastating truthfulness auto-tuned to barely decipherable yelps. Now a much bigger name than when he was recording in his bedroom Giannascoli has grown and developed his sound, incorporating new elements and finding what works for him without losing the youthful enthusiasm and inventiveness that pinpoints his abstract thoughts.

Unfurling like a series of castigating waves, House of Sugar - his third record since signing to Domino, and ninth overall this decade - crests at moments of clarity and truth, before breaking and enveloping under an ocean spray of confusion and dissension. Lyrical themes blur the line between fact and fiction, searching for a soft landing among terrifying falls. Each track is crammed with ideas, like the frayed strands of a cut rope threading their way through the album.

As on predecessor Rocket, Giannascoli ranges through a litany of styles, veering from the ominously pounding electronica of “Project 2” to the Hornsby and Springsteen indebted “SugarHouse (Live)” with its cooling spray of saxophone. Here though his scattered styles are more tightly grouped. Rather than changing tact for each track, he takes his time to explore a theme, immersing himself in a series of ideas before moving on.

On album opener “Walk Away” layers of warmth are gradually added to warped dissonance and mutated vocals before we are led into the lonesome hollow rattle of acoustic guitar on “Hope”. It is a tragic tale of a track that rapidly grows from hushed acoustics to a barroom ballad of harmonising vocals undercut by awakening synths. Ushered in by a noodling '80s sitcom piano lick “Southern Sky” could well be (Sandy) Alex G’s purest recorded moment recorded to date. A nodding country-tinged tune that square dances with violins before the incredible voice of Emily Yacina carries off the chorus you could be forgiven at this stage for thinking Giannascoli has parted ways with his penchant for the different.

That is until the first few moments of “Gretel” where his trademark pitch-shifted chipmunk vocals make their first appearance, and the tracks smooth neon groove signals the change of gear that coasts the album into its dizzying mid-section. As the noise subsides on “Gretel” and Giannascoli is left alone with an acoustic guitar to sing “I don’t wanna go back / Nobody’s gonna push me off track”, it reflects on what is to come next. “Taking” and “Near” introduce a restless disintegration into dystopian electronic soundscapes before “Project 2” - the albums only instrumental track - compacts trip-hop synths and agitated drum sequences.

There is a well-defined curve to House of Sugar, a sweetness and light slowly descends into a bewildering snowstorm before finally finding some respite. After the cacophony of the albums core the beauty of the first few moments of “In My Arms” is enough to cause an ache in your muscles as Giannascoli ponders whether it is better to have anyone than no one at all.

Throughout House of Sugar buried melodies continually emerge from the fog. There are few songwriters who can create such beauty amongst such interference that to hear them each time is to be shocked again by their impact. It is an idea captured by the album’s artwork; the startling image of an ice skater dancing on starlit reflections - so close to an unknown peril just through the ice.

Giannascoli’s voice and sound are often likened to Elliott Smith, particularly the pared-down acoustic feel of his earlier recordings. However, it is in his approach to making music itself that he most resembles Smith. Entwined with his sonic experimentalism and sense of musical wonder, Giannascoli shares the willingness to work within the smallest of parameters to unearth intricate moments or to conversely tackle canvases of extreme proportions, unflinchingly throwing the paint can at the wall

It can be at times challenging to follow the flow of House of Sugar. While some may get themselves lost at its centre, or struggle to find balance within its disparate sounds it is the album’s lack of resolution gives it its bite. There may come a day when Giannascoli will actively try to achieve that balance, and it may very well result in his masterpiece. But for the time being it's hard not to believe that the beauty of his work lies in the unexpected moments of conflict, where the sweet and strange nestle shoulder to shoulder, jostling for space at the table. Showing no desire to even the scales or to polish the extremities of his vision, as we near the end of this decade (Sandy) Alex G has re-established himself and one of our most inventive and intriguing voices.