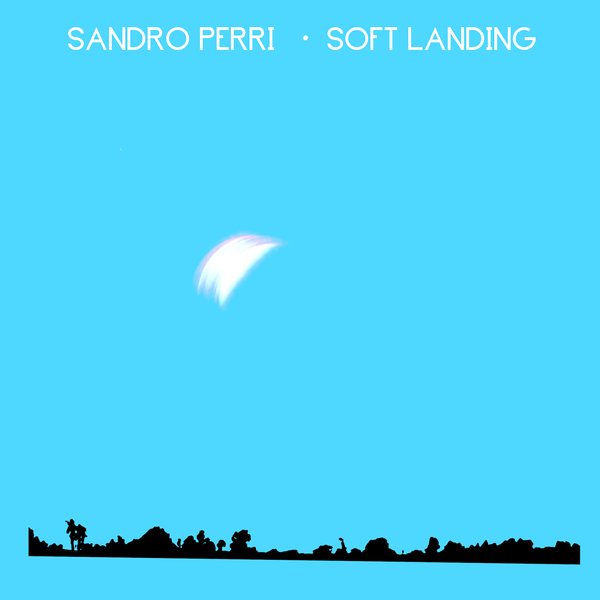 Fresh off last year’s excellent In Another Life, Toronto visionary, Sandro Perri, continues to quietly dig deep within a fruitful wheelhouse by crafting a bespoke style of avant-folk all his own.

Soft Landing, Perri’s latest solo endeavour under the legendary Canadian label, Constellation, which homes such greats as Godspeed You! Black Emperor, Do Make Say Think, and the late great Vic Chesnutt, manages to span a variety of technique through a delicate scope. From its lulling sway to its jam-induced rollick, Perri has fashioned another LP that not only distinguishes himself among his contemporaries, but shows he reigns far above them.

Perri’s jack-of-all-trades persona has shifted through a wide array of aliases over the last decade. From his discography that pushes well over a dozen releases, those of which span anywhere from Afrobeat experimentalism, to one-time collaborative visions, or the worn-out comparisons to anything Wolfgang Voigt-related under Polmo Polpo, Perri’s labor to cover every base has been made evident. Under his own name and similarly to 2011’s much-acclaimed Impossible Spaces, however, Soft Landing serves as an idyllic embodiment, one that gently personifies Perri’s name into the stratosphere. But even while his catalogue is a scattered jumble, Perri’s agenda remains direct as ever as he’s shown checking off the boxes and seizing each opportunity he finds.

Like In Another Life, Soft Landing’s opener, “Time (You Got Me)” is the record's longest track, a sauntering beauty that clocks in at sixteen minutes; embellished with handheld percussion varieties from congas and claves and even adorned with piano treatment, its energy drifts then dissipates as its basis is shaped around Perri’s narrative coo. But shortly in, the track is stretched to its capacity and slowly transformed into a dynamic odyssey. Immediately in, we hear what Perri is again made of – the characteristics that go into assembling a song’s fabric, how he directs its flow, and how he initially separates himself while his peers grasp for a similar brass ring. Tracks such as the entirely instrumental “Floriana” serenely engrosses us. With glinting guitars, horns, and flute, it’s a track that easily envisions the pastoral sprawl of a faraway country side or even the contrast of a bustling metropolis.

LP mid-point, “God Blessed The Fool” serves as Perri’s most ambitious as its cryptic swagger reveals his more playful side of soulful writing but is by far the album’s most tedious. But whereas his credentials show he’s no stranger to neoteric style, Soft Landing as a work built around the serene offers that when Perri chooses to disengage, his message can be just as effective. We see this in the album’s remaining moments as its last three songs prove to be some of Perri’s most pensive to date. “Back On Love” elegantly cascades around a theme of devotion while “Wrong About The Rain” scurries about with convivial funk. “Soft Landing”, the second of two all-instrumental tracks serves as a vast, esoteric send off – with spacious guitar echoing in front of minimal, hushed percussion, it ranks as one of the LP’s strongest songs.

Nonetheless, while Perri doesn’t give too much with Soft Landing’s length, he makes up for with depth, a feat he executes rather extraordinarily. But while it’s likely Perri has an endless queue of tracks just waiting in the wings, we have to applaud his efforts to refrain from gifting them all at once. By doing so, under his simplistic, unhurried touch, Perri humbles us once again, reminding us that patience is assuredly a virtue.