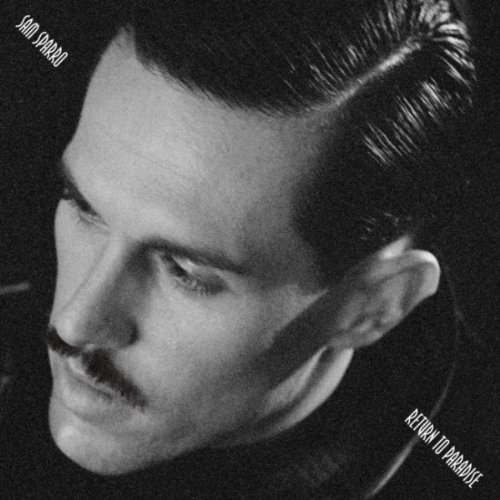 There is exactly one decent song on Sam Sparro’s second album, Return to Paradise. That song, entitled ‘I Wish I Never Met You’, contains the following lyrics: “You had me feeling like a crackhead/I squeezed you out just like a blackhead”. That should give you a sense of the calibre of music we’re dealing with here.

Releasing an album with only one track worthy of more than one listen is a familiar formula for Sparro. In 2008 he came out with the self-titled Sam Sparro, which was completely buoyed by the smash anthem ‘Black and Gold’. The rest of the songs on his debut failed to impress, comprising a lacklustre collection of Prince-aping tracks. Although the “squeeze you out just like a blackhead” lyric certainly disgusts, it’s also certainly memorable and the song has quite a catchy tune. But even ‘Black and Gold’ was leagues better than ‘I Wish I Never Met You’.

Considering the flatness of his first album, the most one could expect from Sparro’s second was a collection of vaguely tolerable R’n’B tunes. Unfortunately, many of the songs on Return to Paradise err on the side of abrasive, falling short of “tolerable” by a mile. To be fair, although the album contains only one wholly decent song, it does also have a few that are semi-decent. ‘Shades of Grey’, which pairs Sparro’s vocals with slow-paced piano music, reminds us that he actually has a relatively good voice. The upbeat ‘We Could Fly’, with its rhythm-heavy chorus is one of the album’s most dancefloor-ready tunes, and it almost stays in your head for a few seconds. The title track ‘Return to Paradise’, which concludes the album, is a multi-layered epic that further showcases Sparro’s falsetto range, and seems ripe for a remix.

Most of the songs on Return to Paradise, however, don’t even achieve “semi-decent” status. The album’s opening track, ‘Paradise People’, is a robotic hot mess. “We are the Paradise People, we are the moon and the stars/We are the church and the steeple, sent down from Venus and Mars” chants Sparro. Not every popular artist needs to be writing in the vein of Phillip Larkin, but it doesn’t seem to be asking too much of Sparro to achieve a minimum level of intelligibility. Throughout the album he offers up quite a few of these kinds of “people/steeple” rhymes, many of them lazy and nonsensical.

Four years ago, in an interview with Popjustice, Sparro said, of his age (he was 25 at the time): “It’s good to be an old timer in this business, it helps to have that extra life experience. You learn that you have instincts for a reason and you learn, as you get older, when to rely on them. And you realise that when it comes to your own life, everyone else is probably wrong”.

According to this logic, Sparro probably thinks that Return to Paradise is a brilliant album.