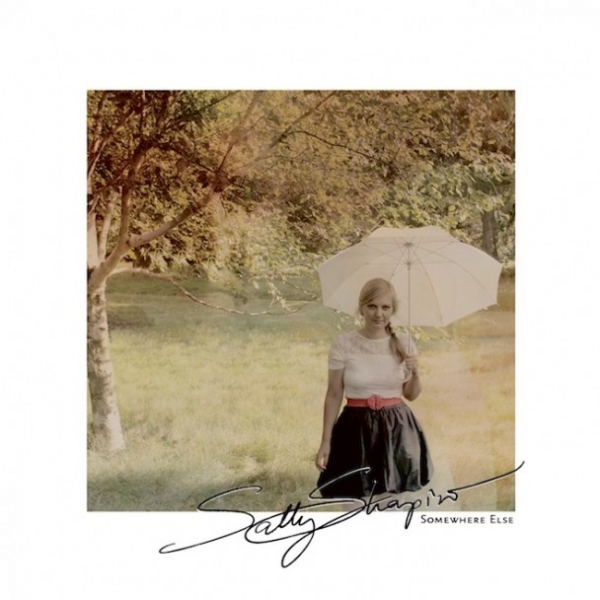 Well, this new Sally Shapiro record is a bit of a hoot. Building on the foundations of the duo’s previous Italo-disco homages, the mysterious Swedes are back, blurring the line between that genre and its close relative, Hi-NRG, to winning effect.

As a general observation, we have here a bunch of strong, well-structured danceables, brimming with powerful melodies and terrific beats. True, Shapiro and Johan Agebjörn are not breaking any new ground, but with material this good, you can get away with enhancing the genre merely by showcasing its best aspects.

‘I Dream With An Angel Tonight’ elegantly presents the album’s manifesto, with a chorus that is both engaging and lingering. ‘All My Life’ is cut from the same cloth as Saint Etienne‘s recent Tim Powell collaboration, ‘DJ’ (on Words and Music By…), and is a swooning synth-a-ton of Europop at its most glimmering. Vocally, Shapiro often sounds like fellow-Swede Annie, and as the latter is taking her leisurely time releasing the follow-up to 2009′s Don’t Stop, Shapiro is the perfect example of an understudy showing up the lead actress.

Rather misleadingly, the song chosen as the single heralding the album’s arrival is a forgettable affair called ‘What Can I Do‘. The chorus is sweet enough but, ultimately, the track doesn’t really go anywhere. The good news, however, is that ‘Starman‘, which may easily be mistaken for a Stock, Aitken & Waterman-era Mandy Smith single, is going to be the next release from the record. Featuring Electric Youth, whose contribution to the Drive soundtrack was applause-worthy, this one is far more accurately representative of the calibre of songs on Somewhere Else.

If you liked El Perro Del Mar‘s recent long-player, Pale Fire, chances are this album will be right up your street. Somewhere Else takes that album’s moody introspection and renders it dancefloor-ready. The beats of ‘This City’s Local Italo Disco DJ Has A Crush On Me’ travel back to the ’80s and borrow a soupçon of inspiration from Madonna’s ‘Into The Groove‘. Otherwhere, ‘Lives Together’ dances the musical path of a Freemasons production, boasting one of the album’s best choruses: “We should spend our lives together/We would understand each other”, sings Shapiro and you can imagine falling in love with and to this song in a strobe-lit club.

You won’t feel guilty for skipping ‘Sundown’, the album’s neither-here-nor-there moment, but – on the whole – there’s isn’t much filler here. Somewhere Else makes for an invaluable addition to any self-respecting pop-loving household.