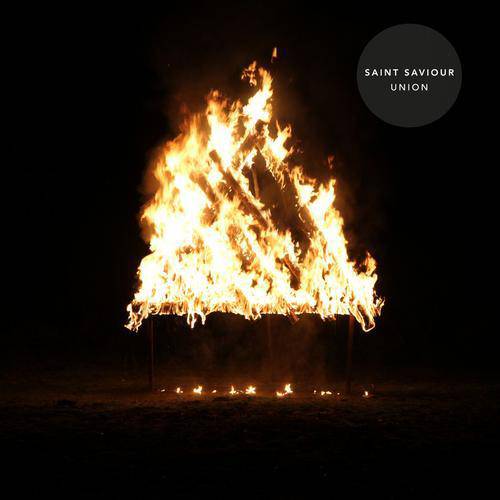 It’s unsurprising that Saint Saviour has garnered widespread comparison to Tori Amos. Her debut album Union opens with the subtle bravado of Boys for Pele’s ‘Beauty Queen’: self-assured but dainty in its approach, ‘Mercy’ soon evolves into a song wrapped in taut emotion. The soaring musical ability that constantly threatens to climax, but in its four minutes never does, only adds to the husky charge of the song. Like her senior, Saint Saviour holds back her sonic break for later songs, but when her booming potential is revealed she better resembles a mixture of Kate Bush and early Goldfrapp. The cocktail can be hard to swallow.

Prior to this incarnation, Saint Saviour leading lady Becky Jones performed with notorious Ibiza spinners Groove Armada, whose flair for laser lights and alcopop filters through ‘Tightrope’ and ‘I Call This Home’ leaving an unpleasant aftertaste. Largely unsavoury, the songs narrowly avoid the mainstream pill-popping dance arena by way of alternative electronica. Jones’ trained vocal also causes problems, sometimes affecting a ’90s dance holler that consumes the otherwise beautiful ‘Reasons’ and ‘The Rain Falls on the Just’ with the same sharp lunge of a primadonna trying to overpower her producer.

Though it’s not an excuse, these embellishments do demonstrate the range of Jones’ ability. Thankfully elsewhere on Union her fondness for pushing boundaries pays off, and some excellent moments are found. ‘Liberty’ and ‘This Ain’t No Hymn’ use percussion with enough clack to avoid drum machine monotony, presenting an interesting and truly unique sound. Layering and echo combat Jones’ heavy voice gracefully, transforming her chords into a magical, high-pitched affair. Jones is stripped back entirely on ‘Fallen Trees’, a heartfelt and sombre cry for adoration. Sometimes too, her superstar strut hits gold: ‘Jennifer’ sounds like the industrial march of Soulwax, and ‘Domino’ does all kinds of things to your limbs.

It’s easy to sympathise with the many people who have put their faith in Saint Saviour and contributed to this record via PledgeMusic. At her best, Jones is something to cherish, but some of her supporters must feel cheated by the temperamental nature of Union. When the end of the album looms near, the songstress still hasn’t found her feet, flitting between genres like a NOW compilation. Whether she needs a strong hand to guide her or simply more time to mature as a solo artist is open for debate, but I hope for all our sakes she returns with a second album. She’s worth another chance, at least.