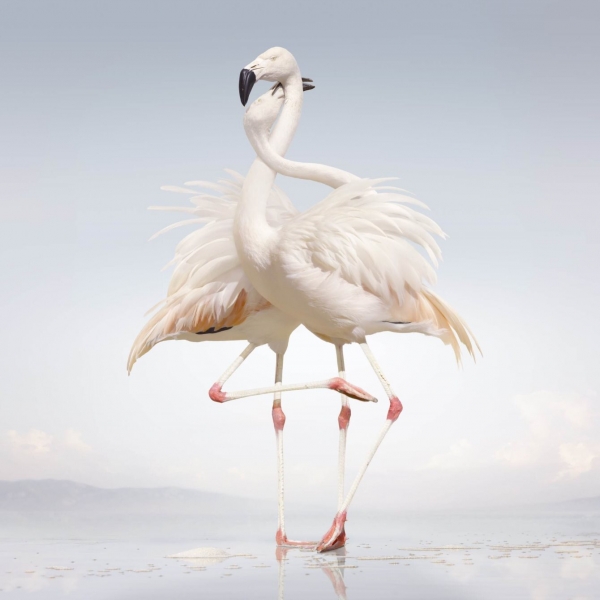 Buried among the vague superlatives on the press release for Green Language, Glaswegian producer Rustie’s second full-length album for Warp Records, is a quote from the man himself in reference to the album’s title: “It’s a language that’s non-dualistic, that speaks directly to your emotions without the mind interfering with the message,” he said. “Music is like that to me.”

Couldn’t agree more, Rustie. It’s always reassuring when an artist understands the basis of their appeal, and that wordless emotional pull, bypassing conscious thought and radiating joy directly at the pleasure centres of the brain, was key to the outrageous success of Glass Swords, the amazing debut that shot Rustie, aka Russell Whyte, into the upper strata of smart modern dance music. It was an album that thumbed its nose at coherence, pulling in a smorgasbord of samples, funky slap-bass and eclectic synths before turning them into unique, propulsive mini-masterpieces that made a virtue of their own fragmented nature.

It’s something of a disappointment, then, that Green Language is fragmented in another sense, Rustie’s own green language held back by forces pulling it in conflicting directions. It’s unfair to criticise an album simply for not being the album that came before it, but Green Language struggles to assert an identity in a way that prompts you to wonder occasionally where the distinctive energy that drove Glass Swords has gone. There are certainly high points to be found here, but the feeling that vital cogs in the Rustie machinery are missing never quite subsides.

At its core, Green Language still has plenty to offer. “A Glimpse”, with its chirruping birds and optimistic electronic swirls, hints at a deeper emotional pull that isn’t really paid off elsewhere on the album, while also touching on Rustie’s playful side when a massive, emotive guitar riff starts up with just ten seconds of song left, winking at the song’s tantalising title. We’re immediately rewarded for our patience with “Raptor”, a tune composed entirely of crescendos, chock-full of euphoric pyrotechnics and underscored by a muffled bassline that brings to mind an irresistibly inviting festival stage just over the next hill. And “Velcro” returns a little of the giddiness and manic invention you’d expect of Rustie as it bounces cheerfully from one idea (electro-harpsichord!) to another (guitar shredding!) before bursting into an ecstatic central hook that recalls (and possibly outdoes) Passion Pit at their finest.

But elsewhere, the dynamism fades and we’re left with a more muted Rustie, with tracks like “Lets Spiral”, “Tempest” and opener “Workship” tailing off before they really get anywhere. One man’s muted is another’s subtle, and maybe it would have worked if each of these tracks had segued into a real barnstormer, but there’s something amiss in that department as well.

Whyte leans hard on vocal partners for the show-stoppers, with mixed success. Danny Brown comes off best, his machine-gun rhymes on the invigorating “Attak” ricocheting between yelp and throaty roar with the vocal elasticity he’s known for, even if the lyrics themselves are standard party rap fare. On the other end is Newham Generals’ D Double E, whose aggressively meaningless cheerleading on “Up Down” (“Bare tings is gonna go down / Got all the sexiest tings in town”) does nothing to distract from a beat that, trademark squawks aside, could as easily come from a journeyman producer as Rustie. Techno-R&B effort “Lost” with Redinho and “He Hate Me” with hip hop duo Gorgeous Children suffer from a fundamental disconnect, the vocals (effects-laden syrup on the former, functional but unspectacular rap flow on the latter) failing to mesh with Rustie’s shimmering accompaniments. It all smacks a little of demo files being sent back and forth by e-mail, and not much in the way of direction; certainly nothing in the league of AlunaGeorge’s seamless vocals on 2012’s “After Light” rework.

And anyway, weren’t we in agreement that, in Rustie’s case at least, music’s a language that hits you in the heart without the mind interfering? Whyte’s compositions at their best are plenty chatty as instrumentals, and in many ways vocals – particularly vocals as prosaic as these, it must be said – are humdrum noise in comparison to the sounds we’ve actually come to hear. When Rustie shines, he still shines bright, but it’s disturbing that on Green Language his hyperactive creativity, his own synthetic language, feels so…shushed. Perhaps Whyte is naturally mellowing as he goes along, or maybe pressure to come up with a megaton cross-over hit has prompted him to dial down his more vivid idiosyncracies. Whatever the case, and whatever the album’s undeniable peaks, it still feels like a step away from Rustie and a short hop towards the crowd.