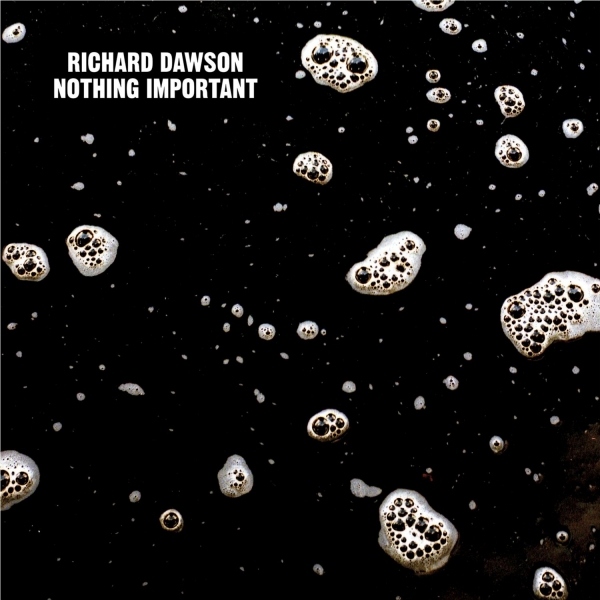 From at least as far back as 2006, Richard Dawson’s intelligent, wry compositions have been appreciated by those who respond to such arresting lyrics as “Make love to me, but first let me change my shoes.” This from the days of Dawson’s time behind the counter at the now much-lamented alt.vinyl shop in Newcastle, where he shambled about dispensing words of musical wisdom and slabs of black plastic to all-comers. Versatility isn’t the half of it with Dawson who convincingly threw himself into mildly demented electronica while memorably supporting Blues Control in a sweat-soaked joint whose acoustics fell somewhat short of those at the Berlin Philharmonic Hall.

A few years on, his album Sings Songs and Plays Guitar had his verging-on-gruff voice (rather better recorded) exploring more pastoral settings that, nevertheless, had dark clouds overhead. It’s uneasy stuff, to be sure, and calls to mind some of the less bucolic features treated so well in Rob Young’s 2010 survey of the English 1960s and 70s scene, Electric Eden.

And so it’s not really a surprise that "Judas Iscariot" the first track on Nothing Important, the latest, not surprisingly gives us Dawson boldly going into musical territory that, in a bizarre way, recalls Vernon Elliott’s original music for The Clangers television series (splendidly re-issued by Johnny Trunk in 2001). Then we tramp through the byways of the title track, the sort of meandering yet simultaneously compelling yelp that is eerily counterpointed by delicate acoustic picking, and then some distorted jabs. It’s a bit overblown and, in places, utterly absurd, yet Dawson convinces us he is in earnest and ultimately he carries us with him, even if here and there he drifts into some more late '60s acid folk memorabilia. There are lots of ideas fighting for attention, but there is a definite against-the-odds coherence that impresses.

"The Vile Stuff", with its initial eastern tinge, seduces us before the alarming intrusion of a narrative of a school trip,  a helicopter ambulance and further details of a cautionary tale best broadcast (unlike The Clangers) well after the watershed. The guitar sound parallels the downward spiral into a surreal operating theatre before re-emerging into a mundane ward that, nonetheless, hints at something rather sinister, before a Velvets-style extension back into the anaesthetised unknown.

Distorted doodlings of "Doubting Thomas" intrigue, as there’s a sense of ambition never fully realized, an overture to something where the motifs are clear but the overall themes not quite developed, as if (for once) Dawson has some trepidation in deciding on an appropriate direction. Maybe next time he will take us further, as its promise in undeniable. Overall, it’s a convincing album that both challenges and frightens – testimony to Dawson’s range and spirit of exploration.