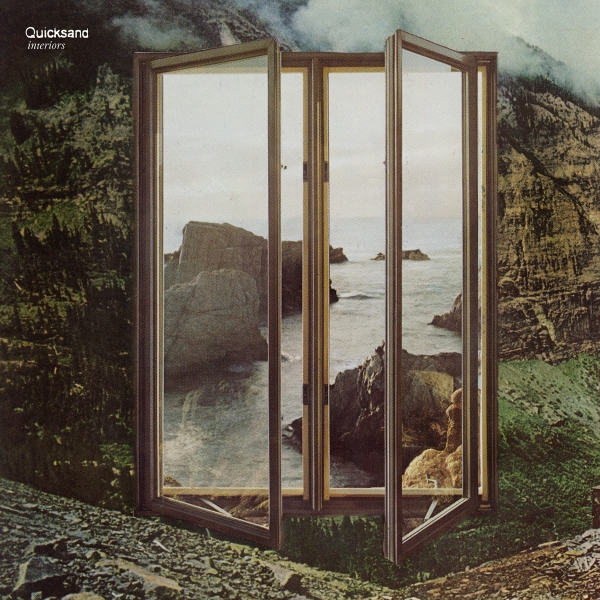 Quicksand’s return has not been sudden; they’ve been periodically playing shows together again for five years now. The difference between delivering the hits and pushing things forward is significant, but Interiors, the New York group’s third album, their first since 1995, confirms any mounting suspicions that twenty years has become a manageable band hiatus.

There is a substantial body of evidence that suggests Quicksand frontman Walter Schreifels is keenly adept at compartmentalization. It was only a few months ago when Dead Heavens - his acid blues rock outlet with Nathan Aguilar of Cults and former members of Youth of Today and White Zombie - released their debut album, Whatever Witch You Are. Schreifels’ CV is a restless, multi-layered timeline with staggered starts and stops, with missing blocks of time in any one project accounted for in the conception of one or two others. The hyperextended gap year that his Rival Schools took off in the mid-2000s now looks like a dress rehearsal for the present herculean task of not letting down (post-)hardcore fans of Quicksand who have had all the time they need to draw conclusions as to how unrivalled the band’s two ‘90s albums are.

Rival Schools’ second record, Pedals, worked well when it was released in 2011, but it also felt like it could have, even should have, come much closer on the heels of their 2001 debut, United by Fate -- especially tracks like “69 Guns”, with its pent-up foot-tapping beat being a natural fit with the dance rock that was then all the rage. Interiors, meanwhile, is so far chronologically removed from Slip and Manic Compression that the question of whether it could have competed in a post-grunge world is thankfully irrelevant. This year alone, Slowdive, Ride and now Quicksand have made it sound far more natural than it surely would be for so many other long-dissolved unions to resume. Misleadingly easy, even.

None of those three have strictly picked up where they left off a generation prior, but they have all pulled off the unlikely feat of reclaiming vitality. In relation to their original peers, Quicksand were aggressive without leaning too hard on their anger, opting to hammer away at clouding frustrations with weathered optimism instead of only firing off attacks. Interiors lacks none of the band’s previous power, and might even be more adept at focusing it by way of placing greater emphasis on necessary breathing room. Here is another manifestation of Schreifels’ knack for separation, wedging in blocks of atmospheric space between the granite slab riffs.

This was something he began doing on Manic Compression and even more so on United by Fate, and here has integrated to its full potential. There are more flashes of psychedelic wah-wah guitar and shoegazey segues on Interiors than elsewhere in Quicksand’s limited but revered back catalogue, and that’s all for the better. There’s nary a misstep to note here. Schreifels, drummer Alan Cage, bassist Sergio Vega and guitarist Tom Capone resist taking a victory lap and come out ahead, still sounding like themselves.