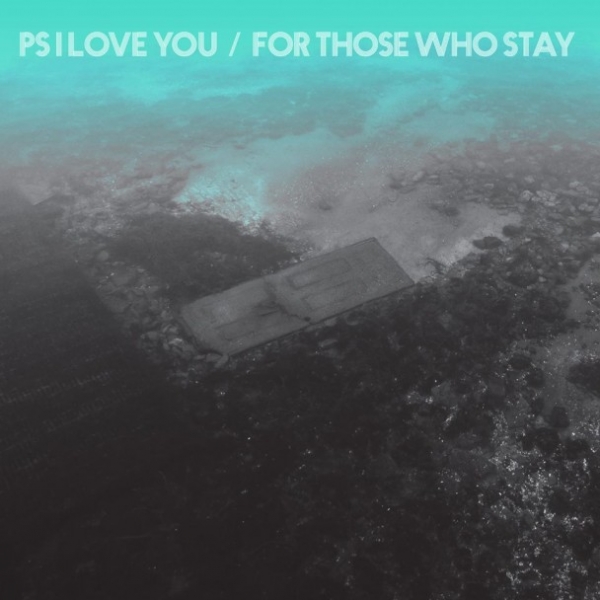 When Kingston, Ontario duo PS I Love You – comprised of vocalist, guitarist and songwriter Paul Saulnier alongside drummer Benjamin Nelson – first found international acclaim with their 2010 debut album Meet Me At The Muster Station, it was with a sense of vitality that was hard to ignore; a breath of bitingly fresh air. Its ten discordant fragments of gnarly fuzz rock were unrelenting in their ability to turn heads and unafraid to turn up a few noses too.

What set that record apart was its crippling urgency; the sense you got that in this very moment the music was vital, that the world might implode if it wasn’t allowed to burn itself out naturally – quite literally in the case of apocalyptic early single “2012”. The problem with For Those Who Stay, however, is that it seems to have done just that: burned out.

Laid to tape at the Bathouse – a converted coach house in the duo’s Canadian hometown – it’s the first time the pair have recorded in a “proper studio”; an experience that Saulnier describes as allowing them to make “a very indulgent and decadent album because of it”.

And it shows. Where provocative Muster Station highlight “Cbez” or the boisterous “Sentimental Dishes” – from their 2012 sophomore outing Death Dreams – came draped in swathes of surface noise that kept them from sounding too polished, much of For Those Who Stay feels pristine; as though it’s been shrink-wrapped for easy consumption.

Opener “In My Mind At Least” comes bathed in an ‘80s jangle not unlike The Cure, with little to separate it – a routine exercise in a particularly uninspiring brand of indie revivalism. “Limestone Radio”, meanwhile, is drawn from the same glam and garage-worshipping stable as Sub Pop’s King Tuff. It’s perfectly fun and even a little rousing as silly shock rock ditties go, but finds itself lacking the melodic gold to become anything game-changing; New York Dolls b-side status at best.

Instead, it’s those moments on For Those Who Stay where the duo throw their cares to the wind that capture imaginations. “Afraid Of The Light” builds catharsis to an almost evangelical level; piercing high-end guitars mimicking celestial choirs while Saulnier yelps, “am I really here?” It’s a startlingly honest and ultimately endearing declaration – the uncertainty in his desperation only heightening its credibility.

“Friends Forever”, on the other hand, sets off all the right synapses with its combination of mile-a-minute mindfucks of guitars, Nelson’s barked harmonies and Saulnier’s pleas to “leave this town” – presumably a reference to the band’s decision to quit Kingston for pastures new, only returning to record For Those Who Stay.

The core problem with the perfectly amicable songs here is that for all the pristine presentation, they lack a danger, a vitality and a sense of profundity that’s a prerequisite for standing out in an ever-crowded landscape.

Even if we take just a small subset of that – let’s go with power duos in the alternative realm – PS I Love You are left aloof, unsure of where to rest. Fellow Canadians Japandroids have the high-fiving kegger anthems covered while No Age back their brawn with a thoughtfulness that hits home with the Wire-loving crowd; Wye Oak have the sweater-wearing-with-your-sweetie moments ably manned while the resurgent Death From Above are there for when things get truly rowdy.

Right now, PS I Love You stand worryingly characterless – as nervy as that inadvertently muttered, instantly regrettable moniker – in the corner of the party; forgettable faces soon cast into history once the fresh night air hits intoxicated skin.