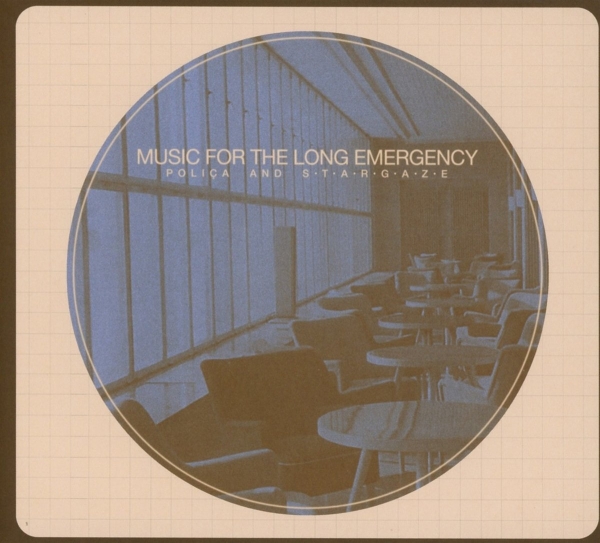 Music for the Long Emergency perfectly encapsulates the confusion and anxiety haemorrhaging from our society on both a personal and political level.

While the first track on Poliça’s collaborative LP with s t a r g a z e, “Fake Like”, works through a difficult romantic relationship, songs such as “How is this Happening” confront issues on a more global scale.

The latter was birthed in the aftershock of Trump’s election; composed the day after the event, it’s an awakening to a new brutal reality, and stands up as a defiant protest. Polica’s lead vocalist Channy Leaneagh asserts herself on this track and is unwavering in the delivery of “don’t believe a single lie / they will tell you so they will divide”. Her lyrics exit halfway through the song and a soundscape of orchestral swells stretch out as a space for contemplation.

Minneapolis’ Polica and Berlin-bred s t a r g a z e’s transatlantic collaboration created a kind of virtual residency for the creation of the album whereby emails and video conferencing became the integral means of communication. This electronic transmission back and forth underpins their message and translates into the music itself; “Cursed” is infiltrated with computerized textures and the vocal, heavily distorted, thrashes between two singers.

Though dark times have inspired and shaped this work, there is light and hope in its message of communication, achieving a real sense of togetherness. As Leaneagh recently put it, there are “truly healing effects of making music with your friends, and while it doesn't necessarily make things better, it builds community.”