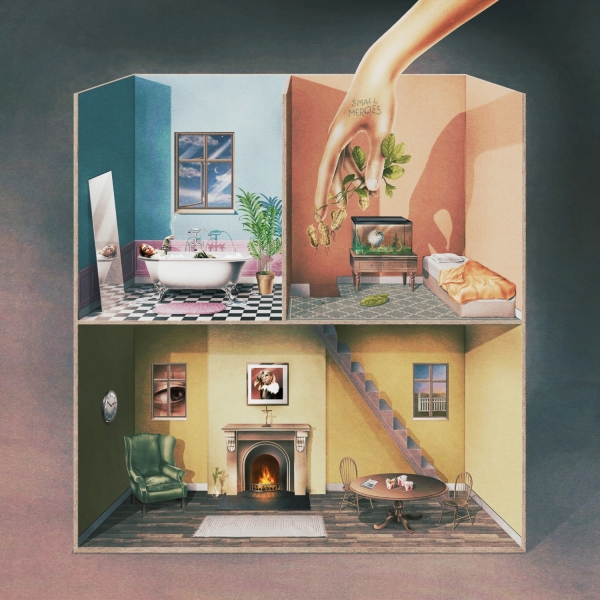 Hannah Rodgers assigned herself a daunting task by delivering her debut LP as Pixx, 2017’s Age of Anxiety, with such aplomb.

Debut LPs aren’t supposed to acquit themselves with such assurance; new artists flitting across styles are expected to do it with brave confusion, not canny ease. Because if an artist accomplishes this right off the bat, what does it mean for subsequent endeavors?

In Rodgers’ case, she simply used it as a yardstick to dig deeper and build taller on Pixx’s second offering. While she positioned herself as small vessel amidst the tumult of the world’s rocky ocean on Age of Anxiety, Small Mercies finds her assaying her personal relationships. From track to track, Rodgers finds herself jockeying for equity, whether it’s her relationship with men, God, or even the Earth. Along the way, she tosses some grit into her formula, confronts contemporary social issues, and speaks more directly and unabated, even when inhabiting a variety of personas.

Rodgers’s trademark genre-jumping is still intact, sounding just as fresh as on her debut, proving that Age of Anxiety wasn’t a litmus test for settling any particular one and, on Small Mercies, establishing it as her calling card. Furthermore, she uses her stylistic shape-shifting as a vehicle to drive the characterizations she constructs. “Funsize” pulses metronomically, befitting the monotonous and harrowing existence Rodgers’ toy doll leads while she breaks out some gritty guitar work on the glam and irreverent “Mary Magdalene,” referencing the ostensible reformed prostitute disciple of Jesus.

While mistrust, fear, and sadness permeate the album, Rodgers belies those emotions by turning in another tour-de-force vocal performance, yelping, crooning, and deadpanning with confidence throughout while also imbuing her songwriting with a newfound candour. On the breezy opener “Andean Condor,” she flips the script on a guy, asking him to dance, professing she wants to get to know him, and sweetly promising, “but I probably won’t blow you.” Wearing the words she surely heard in Catholic school as a badge of honor, Rodgers declares, “Please excuse me / I’m a disgrace,” on the propulsive “Disgrace,” where she toys with the clergy’s authoritarianism by wryly going through the motions.

On the languid closer, “Blowfish,” she admits, “I still get nervous to open the curtains.” For all the thrills that Pixx’s precocious ambition offers on Small Mercies, it’s Hannah Rodgers’ vulnerability and restless search for comfort within herself that drives it.