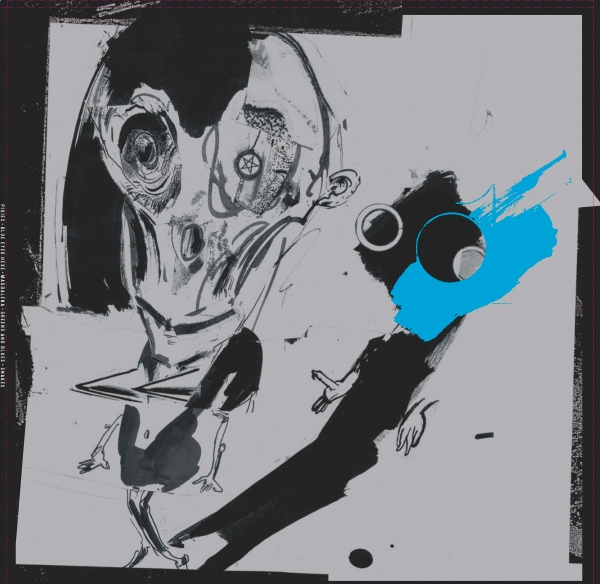 And so it goes: almost twenty-five years ago to the month, six years before it was certified gold in the States, Pixies set free into the world their landmark and boundlessly influential second studio album, Doolittle. Lappers of scuzzy weirdness agog, the band embarked on yet another heady European and American tour – a purportedly tension-riddled expedition that resulted in the band taking a six-month hiatus to defuse an ever-growing rivalry between their burly and creatively autocratic frontman Black Francis and their equally-as aspiring twenty-eight year old bassist in Kim Deal, who kickstarted The Breeders in the otherwise uncertain days of mid-1990.

Cut to a quarter of a century later and things, despite the odd recurring parallel or two, are a little more convoluted. Nine years into their pant-wettingly anticipated reunion, all gritted teeth and telling eyes in those touchably awkward reunion photos, Deal fled ship in June last year, The Muffs‘ Kim Shattuck assumed her altogether daunting position and the Pixies – comeback horse flogged and flustered – unveiled their first release in 20 years, the lukewarm EP1. The odd appeasing trademark turn and phase aside, it sounded uninspired, and insipid – the band’s implicit purgatorial (if not transitional) state confined to four tracks making 1989 feel like many an eon ago.

Certain allowances, though, have been granted. Finding their songwriting feet once more and with the apparently very earnest desire to record and release new material for a new era, EP2 arrives with the Pixies on the upward swing, swiftly shedding the skin of creative stagnation that has made their reunion more a curiousity than a comprehensive success. Teasing on a very familiar tone, its lead track, “Blue Eyed Hexe”, is a cunningly transmogrified “U-Mass”, its strutting punk resolve evoking the former Trompe Le Monde highlight’s cowbell-propelled swagger. Somewhere between Joey Santiago’s inimitable schizo-rockabilly guitar solo, the song’s wonderfully vengeful tone and the ultimately reassuring fury in Francis’s roar, EP2 boldly begins.

All but impossible as it is to disassociate the band from their uniquely towering indie rock clout, the presence of long-time producer Gil Norton on the release bridges a gap where blind nostalgia might creep in, proving elemental in capturing the Pixies’ nigh on alchemical essence. Falling rather comfortably into the more hackneyed form of that essence, second track “Magdalena” proves an elementary slice of somnambulant guitar pop – doubling up as a fuzzier counterpart to “Havalina” from Bossanova – that emerges from chiming bridge harmonies and chugging power chords, Francis’s opening adage “I needed something to eat/I took a walk down the street” summing up the song’s middling, prosaic quality. “After such a good start…” the anxious fan berates.

Having worked up the nerve to call it his attempt at writing “a better “Gigantic””, Black Francis automatically ensured that the otherwise stellar “Green and Blues” would never live up such expectations. That said, courtesy of characteristically solid drumming from Dave Lovering, swelling Built To Spill-esque guitar lines from Santiago and Francis’s tender and impassioned delivery, the song entangles to reveal a certifiably joyous core positively brimming with classic Pixieisms without seeming regurgitated or contrived. Indeed, despite lacking the anthemic pomp and personal quirk of ‘Gigantic’, it is, both in its context and construction, the band’s finest single recorded effort in over two decades. With the good comes the average and with it the great.

Of course, try as one might to overlook the fact, with one-time The Fall member Simon ‘Ding’ Archer filling in on bass, EP2 (much like EP1) lacks at least one-fourth of what once made the Pixies such a well-rounded and vital act. For all the aforementioned session player and current bassist Paz Lenchantin’s talents, there remains a sizable Kim Deal-shaped hole in the their present-day planet of sound – one that, no matter how much they may strive to move on or re-imagine themselves, will always be niggling in the background, demanding silently to be recognised. But with an eye and two ears firmly fixed upon the future, the closing, intent-drenched charge of the equally propulsive and absurd “Snakes” from EP2 – hand in hand with tracks one and three – hints at a promising future over the course of the proposed series of five EPs. Who knows what we’ll be saying about them twenty-five years from now?