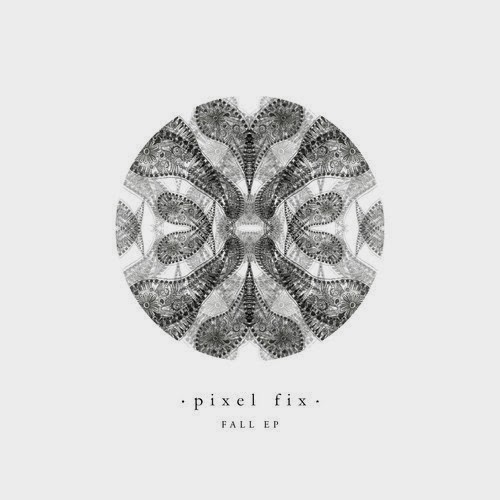 Having supported The 1975, it appears that Oxford’s Pixel Fix took the dated ones’ formula for a different take on “indie”, shook it up with ashes, icy streams, electronics and their own lucid dreams and rebottled it as this; their second EP, following a self-titled debut last year.

Despite what could often be perceived as a standard band set up, moments of the collection – particularly experimental instrumental tracks 2 & 4 – have more in common with the tricks and clicks of James Blake or Jamie xx’s keys than, say, Two Door Cinema Club’s festival-favourite shuffle.

The title-track opens this four-song set, made up of sweeping verses and a chorus (“Too far to fall, oh I’m falling”) where the band appear to have fallen for a safer, more upbeat moment. Not that it’s a criticism, as these were already evident in successful moments from the Pixel Fix EP. Despite its title, “Awake” offers an even dreamier feel thanks to a deep rolling rhythm and vocal effects from all ends of the spectrum. With lyrics that “twist round and round” (to quote them) through a voice that’s very similar to The 1975’s Matthew Healy, it’s chilled to the point of ice before a gentle crescendo where the guitar is given its most prominent role yet, blending itself against a multitude of keys and effects.

“She Hears You” and “You Won’t” (those aforementioned instrumentals) highlight the experimentation of the band – the former sampling the chorus of “Fall” over a different beat and the latter made up of a concoction that includes hand claps and shiny synths – but they are just short interludes, which make the use of ‘EP’ a questionable one. Nevertheless, “Fall” offers a brighter, more electronic complement to their debut, as if viewing “Lake” from beneath the surface or floating up with “Ember”, which may have benefited from one or two of those tracks, but does assure that Pixel Fix are one of the most innovative “indie” bands so far this year.