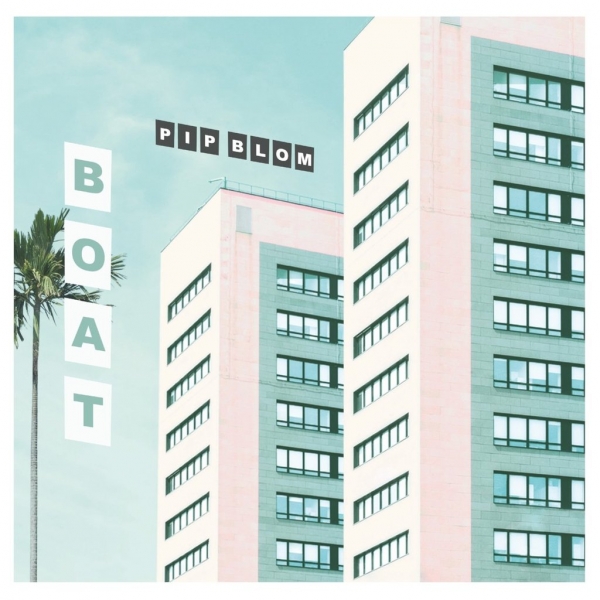 It’s becoming a cliché to fantasise over guitar bands and fall into the illusion that what they are doing is somewhat extraordinary and ‘out of the box’. But, with Pip Blom, the illusion is totally believable.

The Dutch indie dreamers have a splendid quality about them. Lead singer Pip’s ability to say very much with very little is bewitching. This, combined with their infectious and seductive indie tunes, are what make Pip Blom a band to observe, listen to and follow attentively.

The inspiration behind their album title name Boat comes from Pip’s visions of a cruise ship embarking on a new journey and achieving a new goal. And if the goal in mind was to create an album that sets a new parameter for indie pop music, then the goal has most definitely been achieved. The album explores Pip Blom’s quirks and specialities in great detail. From the cool and sophisticated “Ruby” to the jangly guitars that beautifully accompany “Bedhead”, the album is guitar music at its most charming and robust. The album has a rock’n’roll swagger that oozes with confidence – a confidence that is made ever more surprising and alluring when contrasted with Pip’s naturally quiet persona away from the music.

In amongst the dreamy soundscapes that dominate the album, there is still a glimmer of angst. Tracks such as “Tinfoil” boast a hollow and rusty guitar layered over Pip’s distorted vocals, whilst the likes of “Set of Stairs” and “Aha” showcase the heavier and more chaotic moments, which will sure erupt in a live setting.

Uplifting, powerful and sincere, Pip Blom deliver a rich, ocean-inspired debut that is instantly captivating. This is the opening chapter to something very exciting.