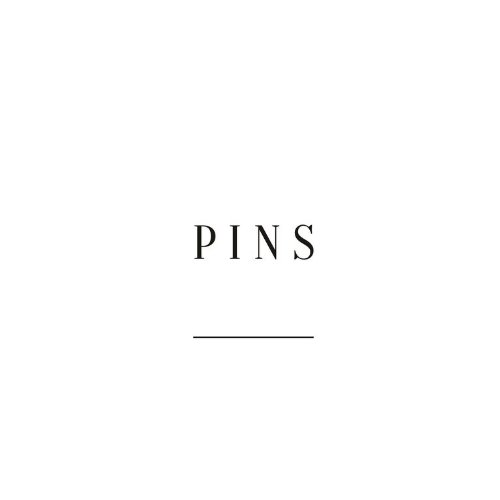 Raucous C86 revivalites/post-punksters PINS arrive with an LP of whopping proportions. Monikered Girls Like Us, the foursome are finally unveiling their much-anticipated debut, and after the level of the offerings from the Northern territories this year, the stakes are high. To be filed next to Savages – though PINS are much more affable – they peddle wiry lo-fi noises that are becoming synonymous with the Manchester locale. It’s brutish, brazen and gung-ho, like a moshpit full of squaddies – though there are enough moments of retrospection too; it’s not macho chest-beating. PINS have bite, yes, and can sting like a hornet, but they spew infectious hooks too. There’s a pop factor to their shredding.

We’ve spoken to them a few times here at Best Fit, and when discussing the sound of their then-upcoming album, singer/guitarist Faith Holgate explained how their calling-card tone is created: “We’re fans of reverb and fuzz and we’re not sorry for that. I play a Fender Telecaster, it goes out of tune all the time, but it has a great sound, and I use a Vox amp. I like the old, garage sound.” They’re also self-proclaimed fans of early ’90s grunge and shoegaze like Hole and The Jesus and Mary Chain. It becomes gradually clearer why PINS sound like they do.

Some of the efforts on their debut full-length have featured previously on EPs or as standalone releases. ‘Stay True’ and ‘Get With Me’ are prime examples – the former is a rattling, eye-of-the-hurricane onslaught; while the situation may seem almost chilled, there’s a brooding menace in the background to be aware of. The latter, ‘Get With Me’, is an anthem of grit. It’s the kind of track you can imagine smacking a lounge lizard upside the bonce to, with visions to knock his front teeth out. It’s hypnotic and empowering, and chock full of swagtastic guile.

Much of the record’s timbre is distant, pedalboard-lovin’ fuzz-rock. Guitars are abundant and frenetic, the percussion echoes and bristles against thumping bass axe. The vocals are hoarse, shrill and glorious simultaneously. Occasionally, Girls Like Us is a haphazard dogpile of jarring sounds, off-kilter notes and discordant harmonies – and that’s when it’s especially potent. Their apparent callous disregard for perfection is wonderful; you can tell that the quartet genuinely enjoy sculpting music together, and there’s a charm in the raw, unpolished nature of their genre of choice.

‘I Want It All’ is a particularly confident raucous stomp, with rampant percussion and Yeah Yeah Yeahs-style howls. ‘Howlin” chugs and murmurs – the bass guitar riff is intoxicating here – but when the chorus hits, everything is suddenly marvellous pop coos. ‘Velvet Morning’ is a spoken-word poem with a mangled Madchester trance backdrop. It’s much more experimental than much of the record, which has a tendency to stick to a formula they know and love, and ends up being a highlight.

The record is everything you’d expect from a PINS debut, with a little bit extra tacked on. Mostly, it’s a belligerent beast, boasting bravado and a torrent of guitar swarms – there’s danger, but not too much that you’ll leave the light on after listening to it. It’s poppy, but not so much that you’ll see PINS sharing a stage with Miley Cyrus any time soon. It strikes a fine balance between almost every element – it’s a shame that they don’t go more extreme at times, but to besmirch the record for that feels more like nitpicking than a genuine qualm. Surrender to PINS, because girls like these are going to come for you anyway.