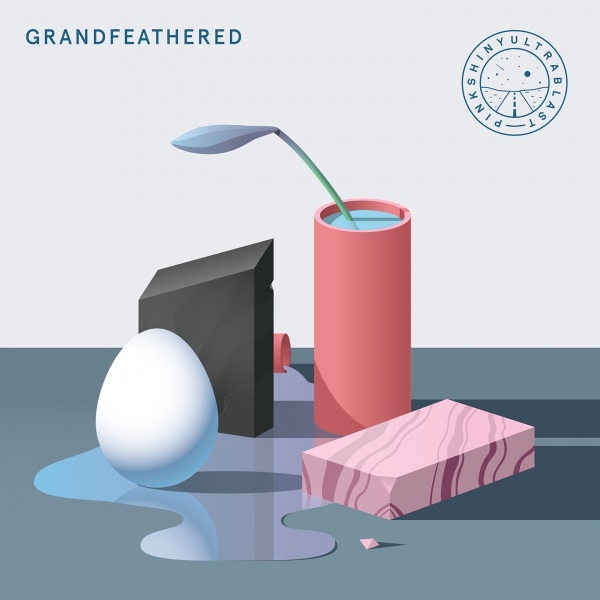 I’m thinking not since t.A.T.u.’s arguably stilted lesbianism or Pussy Riot’s free-speech legal quandaries have Russian pop/rock musicians made such inroads at least into the indie music sites and blogs as “shoegazers” Pinkshinyultrablast. The bonus is that the St. Petersburg quintet find themselves squarely on the lips and ears of the industry media because of their music rather than as tabloid fodder.

Now, actually, about that genre label, shoegaze, which often can and does go hand in hand with the technically more languid dream pop. It’s true Pinkshinyultrablast sports seemingly an onion’s worth of reverb and instrumental tracks in their songs, while also intentionally burying their vocals into the stew.  However, in a subgenre that offers little wiggle room - and is so inextricably tied, fairly or no, to a particular era – the band rises – nay, soars – above its pigeonhole with their adventurous arrangements, thrilling and extreme shifts in dynamics, and peppering of other subgenre influences into the mix.

The debut, Everything Else Matters, released just a year ago, laid the band’s dizzying concoction out on full display, albeit, at times, in a timorous fashion. Grandfeathered raises each point of the debut up notches – and then some.  Lead track “Initial” is the album’s perfect manifesto; what begins as an industrial-edged grind opens up into a bewitching near slow jam-like groove, Lyubov Soloveva’s vocals wrap smoke-like above and around; it is, at once, a more assertive and more nuanced sound that any songs of its predecessor.

“Glow Vastly” and “Comet Marbles” both take off from 10-ton boulder-sized riffs that bat an eyelash toward such neo-prog-metal acts as Tool. While Grandfeathered amps up the monstrous licks from the debut, Soloveva is counted on throughout to provide the heavenly counterpoint. Singles “Kiddy Pool Dreams” and “The Cherry Pit” show off a math-rock level of precision in their interplay, pushing the band even further from the shackles of their shoegaze tag. There obviously are lyrics here, and good luck to you in trying to catch or decipher any, yet rarely has it ever mattered so little as Soloveva bravely functions as much as a fifth instrument to the mix as anything else.

The moral of the story here is, if any, to look past any subgenre labeling of Pinkshinyultrablast – even if you, like me, dig that sort of thing. Pinkshinyultrablast isn’t so much offering something new to or pushing shoegaze anywhere it hasn’t already been. They are flat out transcending it, offering a sound all their own that is frighteningly powerful and overwhelmingly beautiful.