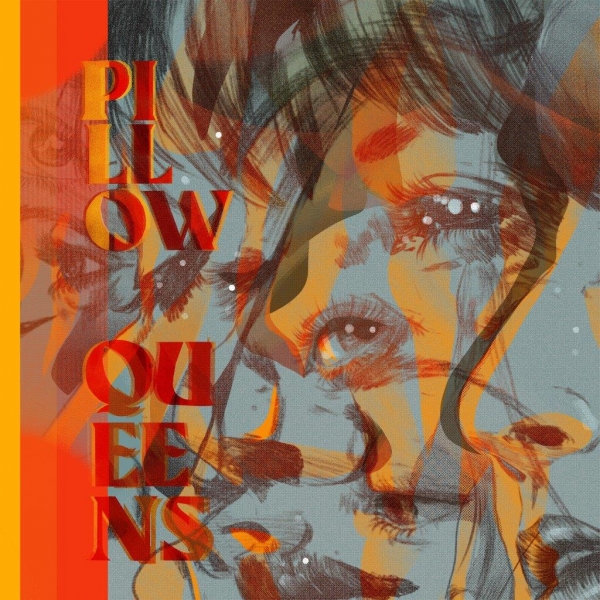 September 2020 saw the release of their debut album, In Waiting. At times slow-burning and at other times anthemic, the indie-rock record set them up as a band with a whole lot of promise. Since then, they’ve been quietly building up both their fanbase and their confidence, finding an even surer sense of self the second time around.

The Irish quartet have always been pretty exceptional at making main character music; think fireside evenings with friends and roof-down road trips in summer. It’s why their feature on the coming-of-age Dating Amber soundtrack made so much sense, and it’s a spirit that’s kept alive throughout their most recent project. On Leave The Light On, their sound is cohesive without being one note; they take their time without labouring the point.

The record opens with the thumping heartbeat on “Be By Your Side”, building up to its chorus before falling back on dreamy harmonies. As frontwoman Pam explains, the track explores “the feeling of being about to burst and how cathartic it could be to allow yourself to let your emotions out and feel the world around you.” A similar level of catharsis is reached on “No Good Woman” - “pretty much a song about Sisyphus” - as the band rail against unattainable standards and the hopelessness that can come with that.

Across their discography, Pillow Queens have effectively nailed the art of finding those small moments of introspection or insecurity and engulfing them in sound: on “Hearts & Minds” the imposter syndrome they’ve discovered in a male dominated industry is mapped onto the earworming chorus; with “Historian”, it’s the everyday moments of falling in love that match up to a restless instrumental. “Sonically we wanted it to sound like it was tender and delicate but with moments of chaos,” guitarist Cathy explains, “echoing the unexpected nature of it.”

Standout moments from this record are found on the opening riff of “Well Kept Wife” and in the crescendo of “My Body Moves”, but across the record it’s clear that Pillow Queens have truly hit their stride as a band. Leave The Light On strikes the balance between the excitement of an early career and the deliberate precision of seasoned musicians.