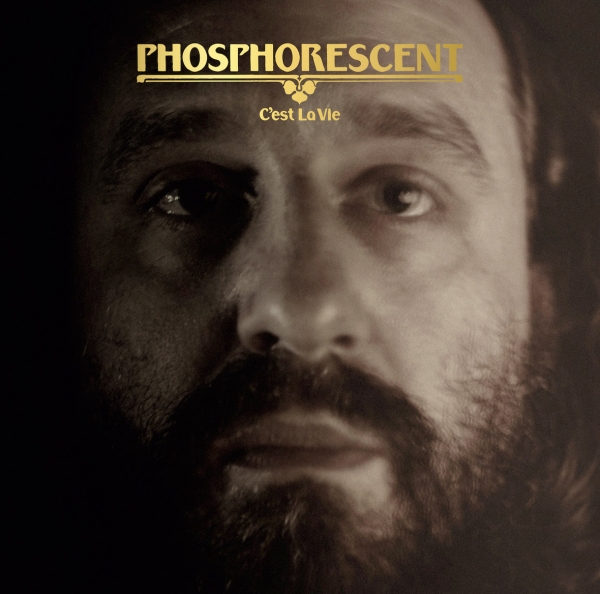 2013’s Muchacho, and in particular lead single “Song for Zula”, changed everything for Phosphorescent.

Like many, I can still vividly remember the moment I first heard its six minutes of cradling euphoria. It is one of those tracks that just has to be shared and upon it finishing I immediately ran through to play it for my fiancé, now wife, whose reaction was equally as emphatic. It would, in fact, go on to be played at our wedding. Phosphorescent’s music was no longer the privileged sanctuary of a select few, Matthew Houck’s sun soaked country rock was deservedly receiving widespread critical acclaim, his songs becoming a comforting embrace for scores of newly devoted fans.

The intervening five years in Houck’s life have been well documented. A five year period which has not only found him moving from New York to Nashville and becoming a father of two, but also building his own studio from scratch and coming uncomfortably close to meeting his maker. This tumultuous time has manifested itself as his latest album C’est La Vie. The title, a trite, throwaway line, is perfectly at odds with the weightiness of the content matter. As “Black Moon/Silver Waves” trundles in, evoking a windswept, sun blasted and barren tundra, the yelps of what sound like scalded cattlemen (in fact Houck’s own multi-tracked voice) herald in a record that stands as a flourishing statement on the meaningless of life and its insignificances.

It is as if the sweat, tears and attention to detail ploughed into creating his own studio have bled into these songs. C’est La Vie once again finds Houck creating sumptuous soundscapes of scorched Americana that range from slow burning laments to tipsy waltzes, but this time around with a renewed flow and finesse. Whether as a result of having his own studio with which time was no object, or the fact he is operating with a newly acquired belief and confidence, is unimportant. What is important is that his voice is seemingly now immune to falter, his every word dripping with purpose and clarity. “New Birth In New England’s” lilting calypso swagger plays out like a distant relative to “Mermaid Parade” from 2010’s Here’s to Taking it Easy. Elsewhere “Christmas Down Under” vaguely mirrors Lambchop’s recent foray into the use of vocoder as the heavily treated vocals, pedal steel and Wurlitzer delicately twist around one another as they lightly tread across the floorboards. A contemplative aura kicks in as “Around The Horn” locks into a hazy groove, and a quiet spaciousness opens up, like losing yourself in thought on a lonely night away from home, or as perhaps in Houck’s case, in a quiet room waiting for the kids to fall asleep.

Undoubtedly becoming a parent leaves none unchanged and one of the records lyrical highlights comes in “My Beautiful Boy”, Houck’s untempered ballad for his children. As he croons “Hey when I can see you love, Hey I can really believe in love” he captures the reflective nature of love while all along being unafraid to confront the over aching protectiveness and, at times, near crippling fear that is all bundled up with parenthood. The penultimate track “These Rocks” further stretches this theme, reminding us of the burdens of responsibility we all hold, be it to ourselves, family or the wider world. Ultimately in the grand scheme of things, are these weights we carry meaningless? Perhaps; but what would life be without them?

Disingenuousness is not a criticism that can be levelled at Houck. This is not a man playing a role. By the time instrumental closer “Black Waves/Silver Moons”' hopeful gallop and rolling drums lead you towards the setting sun, Houck has freed himself of his quest to find grand statements of meaning. He knows that it is within the inconsequential intricacies of everyday life where the real beauty resides.