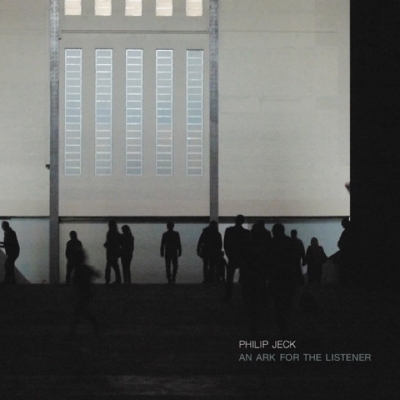 The novelist and poet Gilbert Sorrentino once visited Louis Zukofsky, best known as the author of the monumental epic poem ‘A’. The conversation eventually turned to Zukofsky’s equally-epic study Bottom: On Shakespeare. The aging Modernist asked Sorrentino if he’d like to see his notes for the book. At 470 pages, with a 232 page accompanying volume of music by his wife Celia, Bottom was one of the longest studies of the bard to date. Sorrentino’s astonishment at the opportunity turned to shock when Zukofsky handed him nothing more than a dozen or so index cards filled with his tiny, neat script. Sorrentino asked how this scant collection of notes could have generated such an enormous and complex text. “They were really just suggestive,” Zukofsky drily answered.

Philip Jeck is also a Modernist, but he employs an ancient technique: the patchwork poetic form of the cento. A cento is a composition made up of lines selected from the work of other poets to form a new work. (One of the earliest examples is Trygaeus’ repurposing of Homer’s Iliad and Odyssey in Aristophanes’ “Peace”, written in 421 BCE, to form an entirely new work.) It is a method still used today, with notable examples by John Ashbery and Harry Mathews. And it was used by Zukofsky at the opening of “A”-22.

Jeck’s work creates aural centos that merge various recordings and his own instrumentation and processing, placing all of these voices in comparison that reveals contrast, elevating found objects to the realm of art, and from there to the realm of idea. Salvaging old record players and LPs, Jeck takes these mere “suggestive” antecedents and transfigures them into his art. Jeck has made a career of filing his source materials into sonic silos and then feeding them through his fertile imagination and compositional genius. And some inspired choices in electronic gear, of course. The voices of the past aren’t merely left alone. They are funneled through Jeck’s processing and processes–where the ultimate form resonates from within. The multitude of ingredients he employs are washed clean, made new. Hearing the occasional vinyl crackle surge through is a reminder that these are aging voices of the past speaking again through Jeck’s engagements. A composed rebirth.

Jeck wrote that An Ark for the Listener is “a meditation on verse 33 of ‘The Wreck of the Deutschland’, Gerard Manley Hopkins’ poem about the drowning on December 7th 1875 of five Franciscan nuns exiled from Germany.” Hopkins, a Roman Catholic convert, Jesuit priest and revolutionary poet, has been hailed as the bridge to the Modernists. His “running” or “sprung” rhythm was the precursor to free verse and broke open rhythmic structure. Hopkins was among the first modern authors to focus on language as a subject-in-itself, and anticipated the major explorations of form found in the 20th Century. Robert Creeley would say around 1950, “Form is never more than an extension of content,” and Jeck shows a poet’s control of each. He shows that in open form there can still be structure and that the process of combination, the creation of the patchwork, makes something new. What Creeley called “a content which cannot be anticipated.”

There’s a spiritual underpinning at work here, as of course there was for Hopkins. Both Jeck and Hopkins are meditating on the tragedy of the shipwreck and the death of the nuns, as well as the transformative power of art. Marvelous that Hopkins phrases these lines “The all of water, an ark / For the listener”: the juxtaposition of the definite and indefinite articles implying a singular “all” and a potential plurality of arks. The reader can board any number of these arks, and the listener can find different colors and nuances upon each exploration of An Ark for the Listener. There is no map to this place, but you have a compass. It will guide you through the ingenious forms of Philip Jeck’s contents. To reach the final realm of idea, the listener must listen. Listen.