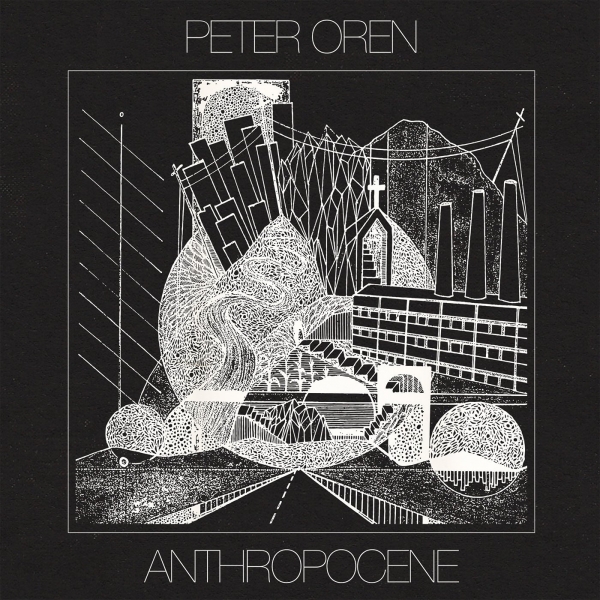 Sharing the name given to the period when humans have indelibly impacted upon the earth, Peter Oren’s second record Anthropocene is a stark and rather dismal look at the future and effects of mankind.

For Oren, there’s only one place us and the world around us is headed, and it doesn’t make for pleasant hearing. What’s more, he places the blame firmly at the feet of mankind. Intensely critical of our actions, he presents his thoughts without any threat of misconception; on the eponymous track, his refrain of "How will we escape this?"’ is filled with dread and self-loathing, whereas on the excellent "Throw Down", his bark of "How long can you wait for change?" attacks both our inaction and lack of time to make amends.

The affects are emphasised by Oren’s repeated intertwining of the world of nature and man, water in particular used to represent a sense of movement and a mirror to our actions. On "Falling Water" he exclaims "I don’t know myself, I don’t know my face / I’ve never seen a stream so smooth it could show me", tying in notions of self-doubt and a representation of man and nature unable to work effectively alongside one another.

Another particularly telling moment is on the mourning "Pictures from Spaine", where he describes how "I dropped my dream in a stream", a line that while suggesting a trust in placing his dreams with nature, almost in preference than with man, conveys an overriding sense of losing his ideals in the wild.

Oren’s dismal tales are more than just warnings; they’re prophetic, describing a fate that he believes is almost inevitable. The substance to his music however means Anthropocene is consistently listenable, and at times immensely enjoyable. Exploring one of the most dismal subjects we as a race can face, it’s nonetheless a joy.