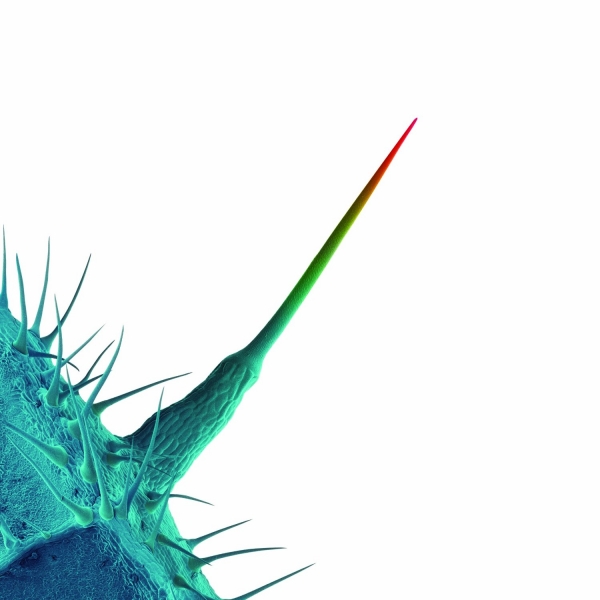 On Scratch My Back, the first in a two-part song covers project, Peter Gabriel took 12 songs from 12 artists and reinterpreted them with orchestral instruments. Notables on that list include David Bowie’s “Heroes”, Radiohead’s “Street Spirit (Fade Out)”, Talking Heads’ “Listening Wind”, Paul Simon’s “The Boy in the Bubble”, and Arcade Fire’s “My Body Is a Cage”.

For And I’ll Scratch Yours, 10 of the 12 artists Gabriel covered on the 2010 compilation returned the favor as per his overarching vision. As he said in a press release, “Rather than make a traditional covers record, I thought it would be much more fun to create a new type of project in which artists communicated with each other and swapped a song for a song, i.e. you do one of mine and I’ll do one of yours, hence the title – Scratch My Back – And I’ll Scratch Yours.”

The results on the receiving end of the back scratcher are far less consistent, as to be expected, and as varied as the sample selection.

Being true to Gabriel appeared to be no one’s intention, as his songbook is either a) interpreted according to each artist’s particularly sound, or else b) with the deliberate intention of running the other way with the songs (which in most cases is a less pleasant direction to run). Arcade Fire’s rendition of “Games Without Frontier”s, does run the other way, but not for its own sake. The original, which appears on Gabriel’s Melt album bears a finely-textured pop aesthetic with a darkness founded distinctly in the decade it was conceived. Arcade Fire’s version is ostensibly scuzzier, far more understated, sung with only indoor voices. Electronic tones, guitar fuzz, and a suppressed thump of a back beat give the song an atmosphere of primal decay.

Joseph Arthur’s take on “Shock the Monkey” on the other hand reduces the original to a sluggish pile of unfaithful slop, and relies on tempo and paradox for the virtually all of its effect–operating a little too heavily under the belief that the ‘art of bastardization’ is any different from the bastardization of art.

A couple of tracks on the album stand out as being any more than just parts of a compilation or an empty return gesture. Bon Iver’s cover of “Come Talk to Me” sits atop the short stack. While not detracting far from the preciousness of the original, and given Justin Vernon’s proclivity for a sprawling melody, the fit is right. Vernon’s signature falsetto harmonies, keyboard, purposeful instrumentation, and the addition of a banjo, the song exists as both tribute and achievement.

Some of Gabriel’s old friends and peers drop by as well—with Paul Simon, Lou Reed, Randy Newman, Brian Eno and David Byrne (separately) throwing some covers into the ring. Simon takes on “Biko” and goes the organic route as well, carrying the power of the original with just his delicate voice, tireless acoustic guitar, and deliberately applied backing harmonies and cello voicings – all informed by half a century’s worth of acquired songwriting wisdom.

Lou Reed, conversely, takes the essential chords of “Solsbury Hill” to a sleazy depth of noise-punk nihilism. And then there is this line: “To keep in silence I resigned my friends would think I was a slut.” The original lyric actually says nut, where Reed seems to clearly prefer a slut.

Finally, David Byrne’s take on “I Don’t Remember” sounds a bit like a Talking Heads cut mastered for the 21st century, adding a sharper immediacy and more uptempo danceability. The surprise is in how Byrne’s cover is amongst the most contemporary-sounding tracks on the album, next to Eno’s stormy piece of sound design that is his cover of “Mother of Violence,” which plays out a bit like an excerpt from the X-Files soundtrack, swapping the former’s extravagant melody and use of acoustic instruments for assorted robot parts.

While it’s a shame Radiohead and Bowie in the flesh couldn’t make it to the sessions, Gabriel’s concept fulfills its original intention: to show everyone a little appreciation and respect, even if the end result comes out a butcher shop’s tribute to a man whose melodic craftsmanship is beyond approximation.