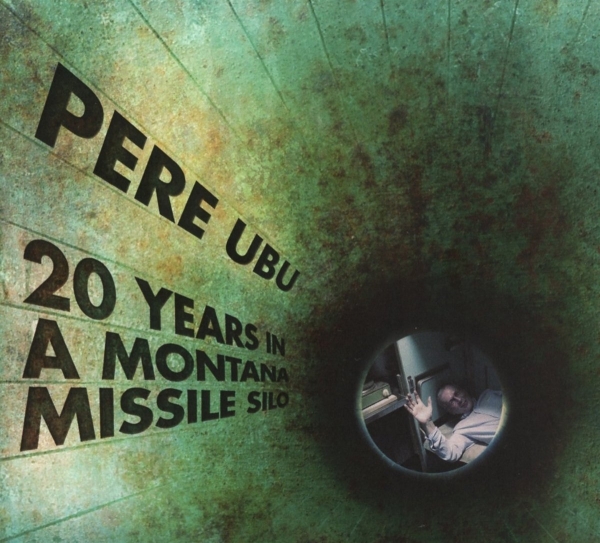 How is it possible to be exactly Pere Ubu and yet be something entirely different at the same time? This is what new album 20 Years in a Montana Missile Silo manages, and it’s predictively a headscratcher.

The album is definitively Pere Ubu; David Thomas’ vocals are stained and scratched thanks to more than 40 years at the cutting edge of bedlam, analogue and digital synths buzz and whine with otherworldly clarity. Anarchic song-writing that has achieved little refinement over four decades but likewise has lost none of the humour that has stalked Pere Ubu doggedly across time.

Yet the album is also weirdly different to anything that the group, in its loosest term, has previously released. It will no doubt again confound critics and beg the question: where are we this time? A Missile Silo in Montana? Perhaps merely guests at the pleasure of Thomas’ warped imagination alongside the band’s current iteration of three guitar legends; Keith Moliné, Gary Siperko and Kristof Hahn.

20 Years in a Montana Missile Silo is as undefinable and fresh as the group’s original work that pre-dates punk in both timing and attitude. Sound veers between surf-rock in kick-off track “Monkey Bizness” through blues in “Howl” and “Walking Again” to 70’s inspired garage rock that takes Thomas’ lacerated vocals to their breaking point. All held tenderly in the veteran hands of engineer Paul Hamann, who with his father before him, is arguably the engineer of that unmistakable yet constantly surprising sound.

The album has none of the darkness of previous album, 2015’s Carnival of Souls, which was an American Horror Story soundtrack classic. Yet it is no light side dish either. 20 Years in a Montana Missile Silo sits comfortably at the Pere Ubu table as the main course of an illustrious career. Gorge yourself.