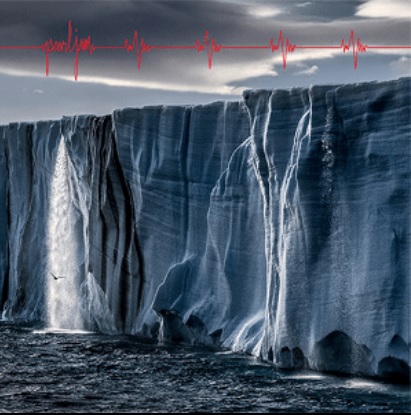 Pearl Jam have been challenging their fans since the band’s inception, but it wasn’t until their sixth LP, 2000’s Binaural, that this intention was made explicit.

Previoulsy when asked what Pearl Jam is, frontman Eddie Vedder has said that the band would “rather challenge our fans and make them listen to our songs than give them something that’s easy to digest”. That’s a fair assessment of Binaural, which at the time was the most experimental record in the Seattle band’s catalogue. It was still a PJ record, sure, but it was the furthest they’d wandered from their classic rock-worshipping (and biggest selling) early work.

Twenty years later, they’ve decided to release another record that expands what Pearl Jam is, or even might be. In this case, Gigaton, the admirable eleventh album and first in six and a half years, is the sharpest left turn in the band’s history. Like Binaural, much of this album is unmistakably Pearl Jam. Vedder’s yarl, Stone Gossard’s comfort food rhythm guitar, and Mike McCready’s fun and fireworks-esque solos are all present.

Unlike Binaural, however, Gigaton’s songs can be grouped in three distinct categories: those that are ‘classic’ Pearl Jam, those that are or have sonic or compositional firsts, and those that essentially straddle the line between the first two. “Who Ever Said,” “Superblood Wolfmoon,” and “Never Destination” all fit the first designation featuring some rather inspired and aggressive riffing and a handful of McCready’s flashiest solos of the century. “Alright” and “River Cross,” meanwhile, fall into the second category: they’re the closest PJ has ever sounded to Kid A/Amnesiac-era Radiohead, with airy keyboards, pillowy acoustic guitar, and tumbling percussion. And then you have the likes of “Quick Escape” and “Dance of the Clairvoyants”, rhythm section-centric tracks that showcase the underrated pair of bassist Jeff Ament and drummer Matt Cameron and are closer to dance-rock and post-punk than grunge and classic rock.

Perhaps it’s fitting, then, that the latter song was chosen as the lead single. With programmed drums, tensely pulsing bass, and stabbing guitar figures, it’s different enough to deflect skepticism of the band’s ability to offer anything new three decades into their career, but it’s got enough PJ-ness to be inviting to long-time fans. Throw in a few Vedder-isms (“Kerouac sense of time”, “Selfish navigation with no end”), some impossibly well-timed affirmations (“You can’t hide the lights / In the rings of a tree / If your heart still beats free / Keep it for yourself”, “Won’t hold us down / Live it out / Let it out”), and a few strong hooks ("Who", "Dance" "Take The Long Way") and you’ve got a surprisingly great late-period offering from one of America’s last truly great rock bands.