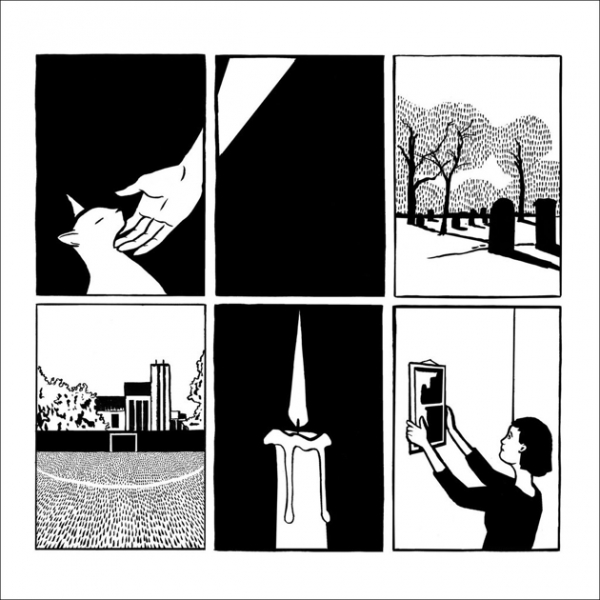 There’s no denying that being in a band can take its toll on the members. In a time where artists rely on toursmore and more to make a living, being away from home for weeks at a time isn’t always what it’s cracked up to be. Something Glasgow’s Paws found out first hand.

Rather than turn their negative emotions inwards however, imploding underneath the strain as often bands do, Paws came to the collective conclusion that when shit hits the fan, you go big, or go home.

The result is No Grace, an album that retains much of the vitality and vigour of the band’s previous releases, but where those albums were coloured by a fresh-faced excitement and in the invincibility of youth, No Grace is the sound of band who’ve discovered that life is fleeting, so they’re taking it for what it’s got.

Of course, in doing so, they tick many of the boxes in the early ‘00s pop-punk checklist while paradoxically avoiding the pitfalls of latent misogyny and toilet humour with which it goes hand in hand. Comparisons to Blink 182 are inevitable, but with Mark Hoppus on production duties that went without saying. Fortunately that all-too-familiar bass rattle only features occasionally, and his touch is otherwise deft and welcoming, with “Gone So Long” the only true notable nod to his background.

Elsewhere PAWS draw more from ‘80s and ‘90s alt rock, or at least those bands influenced by it, than pop-punk. “N/A” for instance is built around chaotic guitars and soaked in an acerbic fuzz, something that emerges later again in “Salt Lake”. It’s a far cry from the clean-in-comparison likes of “No Grace” or “Clarity”, and as such shares more in common with Beach Slang than Blink 182.

While pop-punk is still very much at the heart of what PAWS are doing, No Grace feels far less self-deprecating than much of their peers’ material, and far less interested in stories of romance or heartbreak. Instead it’s about celebrating what time we have left and with who we have left, however short. Carpe diem.