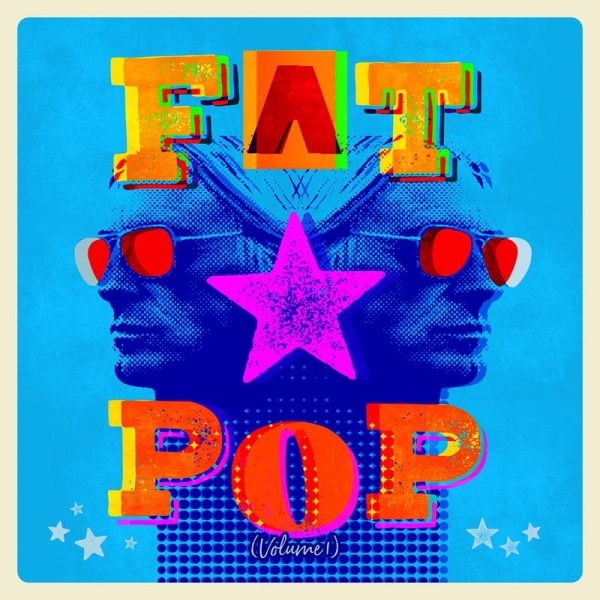 The Modfather is back with his fourth album in four years. Since his emergence in the ‘70s, Paul Weller’s drive and creativity hasn’t stopped throughout his career with the likes of The Jam, The Style Council, and his solo work. The only issue with an unstoppable creative force like Paul Weller is that sometimes, their genius brains can work against them.

His new record Fat Pop certainly isn’t a bad record. Written and recorded over the first UK lockdown last year, it's a credit to the amazing ways artists adapted to the pandemic without losing their spark and it shows with a number of brilliant tracks such as the funky opener “Cosmic Fringes”, the beautiful acoustic track “Cobweb Connections” and the cool classic rock inspired “Moving Canvas”. However, Paul Weller’s spark has blown up all over the place.

There isn’t really a bad track, they’ve all got good qualities in their own right, but the record as a whole is a muddled mishmash. At first when the album was announced alongside the release of “Cosmic Fringes”, the record seemed like it would take a cosmic pop approach which would’ve been something new and exciting for Weller. Unfortunately, that vibe only appears on the cover and the opening track. Instead, we receive a little bit of everything he’s ever done, as if he created an original greatest hits album.

Fat Pop isn’t a dull listen, but it’s still rather difficult. The variety and genre bending present on the record might be interesting to some, but it’s jarring. It’s like going to a carvery expecting a delicious Sunday roast, and then you get served a plate with a little bit of meat, veg and gravy, but also chocolate, ketchup, and fish. Everything is nice on its own, but they don’t all go together on one plate. The 12 tracks on Fat Pop simply don’t go together in one serving.

The album certainly demonstrates the drive and creativity Weller still has after an almost 45-year career, but someone should’ve been there to keep his creativity in check. It’s as if one day he wrote something completely new, the next day he forgot he wasn’t in The Style Council anymore, and the day after he travelled back to the '60s. They’re all interesting concepts and ideas that work, but together they create a disjointed and bizarre listen.