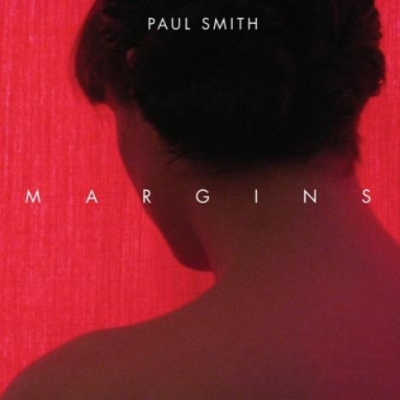 In the past decade Maxïmo Park’s fan base have found reason to both celebrate and doubt the band’s ability to evolve. Debut A Certain Trigger raised the bar for contemporary art-rock, but follow up Our Earthly Pleasures planted the Geordie troupe firmly on safe ground, and third album Quicken the Heart was a disappointing reflection of what came before. The band have found it hard to endure the test of time not because they lack the necessary skills to continue, but because they’ve failed to move away from the original sound that propelled them. An articulate, yelping front man made for an interesting launch, but it quickly became commonplace and devotion understandably wavered.

Paul Smith’s solo debut Margins relies on the same whipped tongue and licked prose that his band wore out way before their last attempt. There’s not much here in the way of progression; the songs dive headfirst into rural imagery and lovelorn rambling, and Smith’s backing band are soothingly complimentary, but all tread covered ground. In particular ‘North Atlantic Drift’ and ‘Strange Fiction’ fail to do anything but reminisce on past success, and ‘Dare Not Dive’ is surely the wretched remains of a long forgotten b-side.

That said – it’s too easy to criticise Smith for continuing to produce the kind of stellar musicianship that comes naturally to him. Had another musician written this we’d probably hail it as a modern classic. There are few British artists that can charismatically quote half the English dictionary without obvious direction; Smith even drops the line, “I was troubled today by the comfort you gave, I never wanted a security blanket,” without sounding like a complete wally.

Neither does Margins fail to explore different genres or present notable moments of genius. After a slow start ‘This Heat’ swerves into an intense, rattled Americana ballad, and proves a change in direction is not entirely unprecedented. Likewise the poignant vocals of ‘Improvement Denouement’ offer redemption from an otherwise forgettable melody, and the helter-skelter of ‘I Wonder If’ and ‘Pinball’ make Carl Barât’s debut seem like trivial child’s play. The two are perfectly understated and wonderfully different, but unfortunately Smith’s brainwave doesn’t last the length of the record, and the timing is off on some of the more experimental tracks like ‘I Drew You Sleeping’.

Margins makes some attempt to move away from Smith’s previous sound, but ultimately it’s not a radical enough turn. Smith’s debut offers a glimmer of hope for die-hard Maxïmo Park fans, but if he continues to rely on his lyrical penmanship alone, he’ll find it hard to revive the audience he once had.