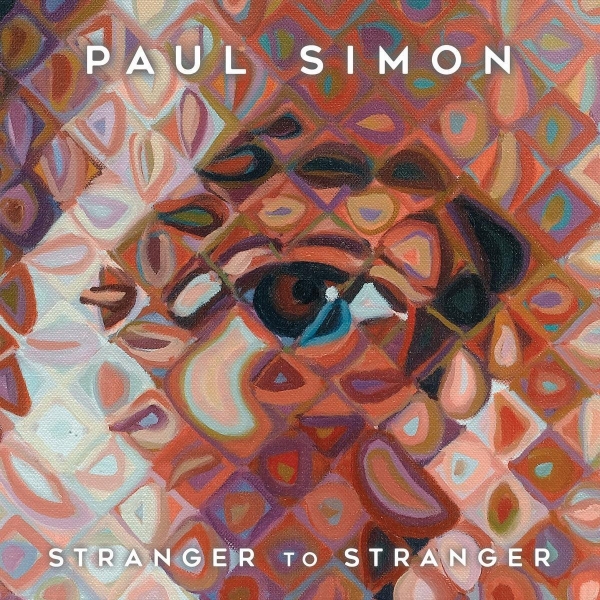 Paul Simon’s love affair with percussion continues on his latest album Stranger to Stranger. And so does his casual genius.

It’s easy to take this man’s songwriting brilliance for granted, when it seems to drip out of him like an afterthought 50 years into the game.  But album after album is just a testament to how much of Paul Simon’s breath and blood contains of stanzas and time signatures instead of carbon and iron or whatever Earth-based organisms usually consist of.

And it’s easy to overlook his densely-nuanced, virtuosic arrangements when so much of this album is just the fattest organic beats you’ve ever heard in your life.  On the songs that consist of drums and little else, it’s easy to picture Simon with his arms-folded just charging his soul with the stuff of his eternal youth. “In a Parade” is a fine example of Simon purposely getting lost in the heart of a parade-like drum orchestra.  The beat itself is rich with organic, polyrhythmic texture, like a drum-line clamoring down the streets of New Orleans during Mardi Gras. And Paul Simon, clearly taken in with it all, at least does the polite thing of letting us know, “I can’t talk now, I’m in a parade.” More big drums and clever sonic concept appear on "The Werewolf", where African choir harmonies and wolf sounds weave in and out over an infectious reggae beat.

Paul Simon’s worldliness shows in his music, where he’s spent enough time studying the music of other cultures, he’s come to master each and every one of them by now.  The drumming alone on this album is so well-studied that nearly every continent is accounted for by the end.

With so much powerful percussion on display, it takes a few listens before you finally settle down and appreciate the more intimate and painstakingly-beautiful arrangements that fall in between Stranger to Stranger’s colossal thunderclaps.

“Garden of Edie” comes and goes in under two minutes, but in that time imparts a delicate, floral tapestry of acoustic warmth that leaves a lasting legacy on your soul-fabric. The song - more of a meditation really - sounds like like it was recorded in the same session that gave Louis C.K. his distinctive Horace and Pete theme song.  “Insomniac’s Lullaby,” the album’s closer, expands upon this theme with lyrics and a profundity of composition that belongs in a symphony hall beside other works of divine classical genius.

“Cool Papa Bell!, the album's leading single, is a bit of a snapshot of 80s Paul Simon with full of brightly-lit production value, a jangly guitar hook, and a tuba blowing all the low notes.  Like "You Can Call Me All", but instead of a flute solo in the bridge, Paul Simon is calling you a ‘motherfucker’ for some reason.

The title track is one of the album’s most subtle moments. Stirring beneath its calm, swirling surface is a mature, romantic Simon laying down his vulnerability: “I can’t wait to see you walk across my doorway / I cannot be accountable for the things I do or say / I’m just jittery / I’m just jittery / It’s just a way of dealing with my joy.” Through muted horns and guitars, flutes, what sounds like a distant plank being stuck by a hammer,  the song creates a world to capture a mood.

The fact is Paul Simon has a brilliant songbook in his rearview mirror and he just keeps adding to it without looking back too much.  His creative engine is one that drives his mortal being, gives him life.  A little like Woody Allen in the his work ethic, he seems to know if he stops, he stops completely.  His creative existentialism means that we get to celebrate his life and his music simultaneously and have the praise get back to him.