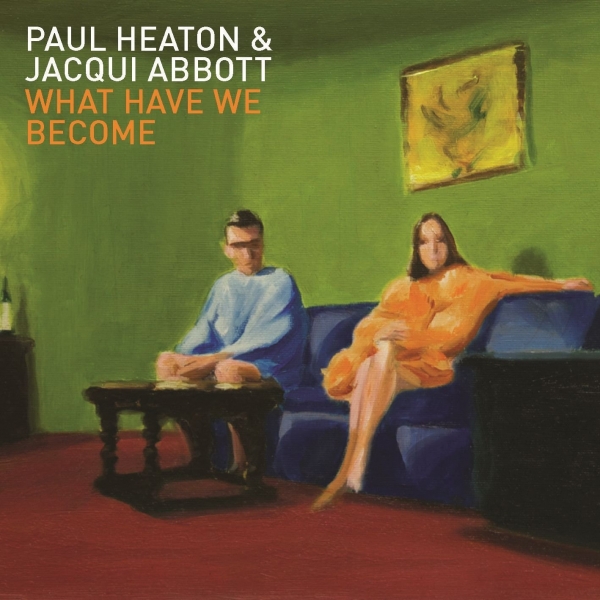 ​In their trademark, whimsical style, The Beautiful South announced their split in 2007, citing “musical similarities” as the reason. Born from the ashes of The Housemartins, The Beautiful South released ten studio albums over two decades, becoming household names due to kitchen-sink dramatic tracks that could make a listener laugh-out-loud in-between singing along. With what was seemingly a revolving door policy regarding female vocalists, it was Jacqui Abbot who would contribute to the band’s biggest sellers, including hits “Rotterdam”, “Perfect 10” and “Don’t Marry Her”, before bowing out to focus on family life. Now, presumably due to necessary musical differences, she and co-founding co-frontman Paul Heaton have reunited for What Have We Become.

Fans of their often beautiful bickering will be pleased with an LP that is a natural follow up to 2000’s Painting It Red – their last record together. With tracks that reflect The Beautiful South’s career through the years, what they have become is older, wiser but just as observant (thanks to Heaton’s bittersweet view of the world, or at least the parts he knows well) and even wittier, with references to texting, The X Factor and other aspects of everyday life that barely existed last time they traded tirades. The title-track may be the peak of this reconciliation, with the pair questioning modern day life to what could be the theme of a Brit flick (About A Boy, or something in a similar style). “”What have we become?” Said the mother to her half-ton son. Chicken wings have replaced the fun,” opens the track, which discusses songs that have “no message, just a tune to hum”, places with “pizza boxes blocking out the sun” and people who are “opinionless, sad and overweight” in a “world made of botox”. And despite all of these depressing home truths, its streams of strings and jaunty piano make it a song that would be a joy to singalong to, alongside similarly, bizarrely cathartic numbers “Perfect 10” and “Good As Gold (Stupid As Muck)”.

Hints of less-familiar genres are dipped in to, with the rolling-tongues and flamenco-flicks of “Costa Del Sombre” sloping into the delicate guitar of folk-flavoured “Snowman” (“We walk through life like snowmen and gradually we melt”) while closer “You’re Going To Miss Me” sees Paul doing his best Elvis impression to a honky-tonk rhythm, while discussing - or lecturing on – the facts that the “Government’s crashed” and “bank are bust”. (Thankfully, the line regarding “Your locals closed” can be solved due to the fact that the “Liar’s Bar” composer is now the proud owner of his own pub.) “DIY” offers a country twang that, thanks to the complimentary comedy, may be slightly more Lurlene Lumpkin than Tammy Wynette, but isn’t without spelled-out sections.

Disagreeing duets and harmonious arguments live on with “Right In Me” (“The right in me keeps seeing you as a lover and a friend” / “The wrong in me keeps treating every fall out as the end”) and “If I Don’t” (“If he don’t always love you…” “If she don’t stand beside your bed when you’re feeling ill…”) but the less evenly structured moments offer the most Northern magic. “Some Dancing To Do” highlights how Abbot’s voice is almost unaltered, with an added coarseness projecting the knowledge gained since her last recordings, while Heaton’s has matured like a fine whisky, perhaps with a little water added, but still an undeniably smooth, unique blend. (Absolute credit for the line of the album: “I want to be a beautiful mermaid, not just some half-piece of fish.”) While it might not appeal to name-checked acts Phil Collins (dead, apparently) or Sting (“Lose the fucking yoga”) those who seek solitude in the British weather, putting the world to rights in the local and who see the beauty in Motorway services and high-vis jackets will be thrilled with a collection that’s Blighty-themed, from a duo whose output is still beautiful.