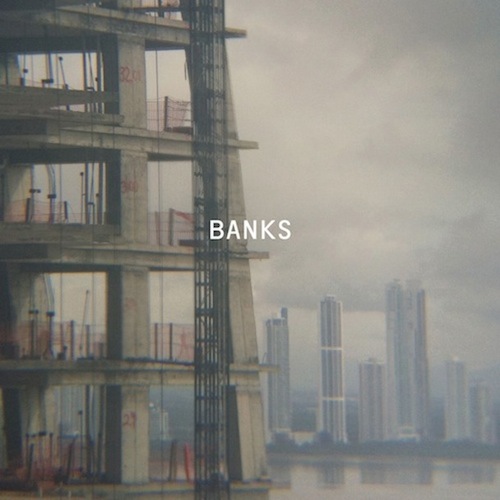 For those struggling, the reasoning is straightforward. Julian Plenti was Banks’ stage name prior to Interpol and Is… Skyscraper was a collection of songs from that period. This album was mostly written over the last couple of years while touring with Interpol, and so the Plenti moniker was retired.

So initially, it sounds a bit like that band. But only at cursory inspection. There’s always seemed more to Banks than Interpol allowed him to demonstrate. Of course, that’s the thing about being enigmatic, it’s indistinguishable from not actually having anything to say, but somewhere in the maddening lyrical formations that make you go cross-eyed and the sideline playing hip-hop under the name DJ Fancypants (how fancy? The rumours are unclear), you got the feeling Banks had other musical tendencies.

That’s certainly the impression here. Banks is overflowing with ideas, often collecting several in the same song in a way that would never fit with Interpol’s stylish minimalism. There is a jumpiness to the album which lands it somewhere between nerviness and playfulness. Tracks start and end in totally different places. But rather than being frustrating, it manages to be interesting. When at the two minute mark the sleepy ‘Arise Awake’ changes pace and tone, becoming all agitated, you’re pulled deeper in. When the last thirty seconds of the dreamy ‘Summertime Is Coming’ quieten down to just Banks, a guitar, and the subtlest wisps of a violin, the effect is quite beautiful.

There’s an impressively cinematic sweep to proceedings, with a litany of grandiose orchestral backdrops, some baroque adornments and a certain louche sense of crooning romance. Most obviously on ‘I’ll Sue You’ where he makes litigation sound downright filthy. “I’ll sue you…” he purrs, gavel upright, come-to-the-dock eyes narrowed in lust, before sealing the deal with “I’ll impute you too”.

At times when it’s almost Scott Walker-esque – a comparison which makes even more sense when you consider that Walker’s preferred method of writing was to assemble seemingly unconnected images into lyrics, something that could well explain some of Banks’ denser metaphors.

Banks is less cryptic. A bit. At times you’re still left with the impression that you’re flicking through the channels of his subconscious – mostly getting non-sequiturs, but occasionally through luck, judgement, or a combination of both, something that makes total sense. There’s a smart balance between being obviously personal and not: the chorus of ‘The Base’ drips with heartfelt despair, but the verses maintain an undeciphered quality, draped in the sort of lyrical shadows that make Beowulf seem like My Pet Goat. The music reflects it, the verses blending a lovely dappling of acoustic guitar with a lurching beat and the chorus rising austerely, focus purely on the words.

This may well be Paul Banks’ most personal album yet, but it retains a sense of mysteriousness which only adds to the charm. Plus, as wildly as it veers, it maintains a funny kind of coherence. Full of great, memorable songs, Banks is an intriguing, beguiling and surprising album.